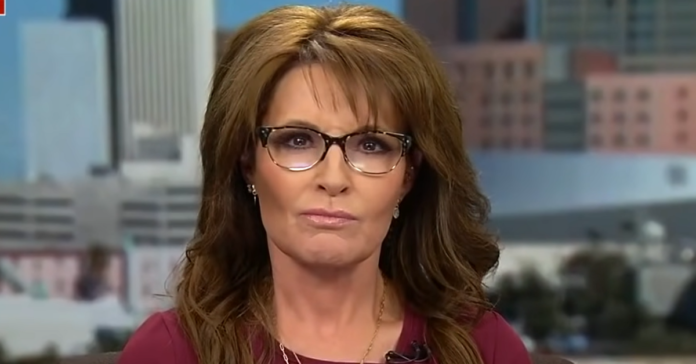 Former Alaska Governor Sarah Palin will finally have her day in court to try to take down the New York Times for lying about her. Palin sued the Times for libel over a 2017 editorial that suggested a link between Sarah Palin’s PAC and a fatal shooting in Arizona that killed six people.

Palin is represented by two Florida lawyers who got the last big win at trial against a media company. In that case, they got Hulk Hogan $140 million from a jury in St. Petersburg, Fla. after Gawker published a sex tape of Hulk. Hogan eventually settled for $31 million and bankrupted Gawker.

Most legal experts believe Palin has already scored a major win just getting to this point as most cases against media companies are thrown out by a judge along the way. Because the jury will be full of New Yorkers Palin will face an uphill battle. But anything can happen in a jury trial and the media lacks credibility with the public according to every single poll so the New York Times publishers will be nervous until the very end.

A Times spokesperson, Jordan Cohen said: “In this trial, we are seeking to reaffirm a foundational principle of American law: public figures should not be permitted to use libel suits to punish unintentional errors by news organizations.

NEW: Sarah Palin has an opportunity to strike back against the establishment media this week as her libel trial against the NYT opens. The showdown comes as media lawyers say the press’ ‘golden era’ in the courtroom is overhttps://t.co/p5N06VtK1r

“We published an editorial about an important topic that contained an inaccuracy. We set the record straight with a correction.

“We are deeply committed to fairness and accuracy in our journalism, and when we fall short, we correct our errors publicly, as we did in this case.”

Jeffrey Toobin, CNN’s chief legal analyst, said: “Even though I expect The Times will ultimately win this case, the trial is likely to be an excruciating experience for everyone associated with it at The Times.

“Because the simple fact is the story was wrong. And no journalist wants to be in a position of defending a story that was wrong.”

First Amendment litigator Floyd Abrams said: “If you go back to the ’70s and ’80s, there were a number of very pro-press decisions coming down in the Supreme Court and trial courts, as well.

“A student of mine at Yale Law School called that ‘the golden days.’ Those days are over. The sort of broad sweeping, powerful generalizations about the role that the press plays cut little ice.”

Palin’s legal team will have to prove actual malice by editorial author James Bennet, who wrote: “Before the shooting, Sarah Palin’s political action committee circulated a map that showed the targeted electoral districts of Ms. Giffords and 19 other Democrats under stylized cross hairs.”

Hours after the editorial ran, the Times revised the editorial and published a series of corrections, adding “no connection to the shooting was ever established.”

Rakoff had initially dismissed Palin’s lawsuit for a “cognizable lack of actual malice,” but the 2nd Circuit Court of Appeals ruled against Rakoff and the complaint was revived.

Rakoff then ruled, “the evidence shows Bennet came up with an angle for the editorial, ignored the articles brought to his attention that were inconsistent with his angle … and ultimately made the point he set out to make in reckless disregard of the truth.”

Sarah Palin’s Lawsuit Against the New York Times Has the Media Nervous, Despite Their Claims https://t.co/a3o8kDWCOC