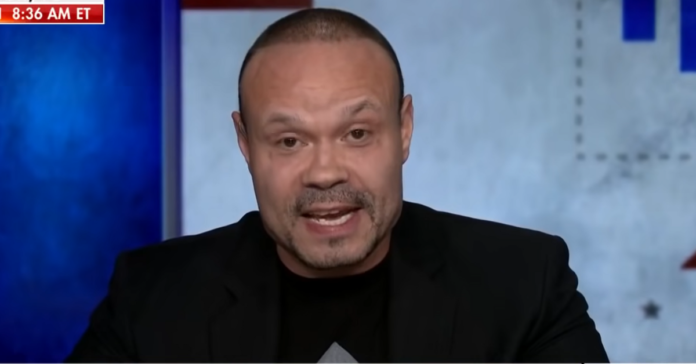 YouTube made a big move against Dan Bongino yesterday suspending his channel for a week and demonizing it for at least 30 days for violating rules concerning what information can be shared on the platform about the virus.

He ran afoul of YouTube censors for making derogatory comments about masks. The video was Bongino’s first “strike” but Dan is not backing down and do not be surprised to see this backfire on Youtube.

Dan fired back at the Silicon Valley heavyweight telling them to kiss his ass. Dan said: “If I said I was surprised I’d be lying. We knew it was just a matter of time before the tyrannical, free-speech hating, bullsh*t, big tech sh*thole you work for would try to silence us.

I guess they were waiting for an apology from us. But that’s not quite how it worked out for them. Here’s Dan’s email to “Coco” at YouTube telling them to plant a big wet kiss on his ass pic.twitter.com/4yFeprnr3Y

Bongino is only getting a week-long suspension, because it’s his first strike under the policy. If he gets another strike within 90 days, he’ll get another two-week suspension.

His channel will only be removed if he gets a third strike within three months.

In addition to suspending his uploads, YouTube has also demonetized his channel for “repeatedly violating [its] Advertiser-Friendly Guidelines on harmful and dangerous acts.”

He will, however, be able to re-apply for the Partner Program after 30 days.

That said, it looks like Bongino has plans to keep on breaking YouTube’s COVID-19 rules.

869,000. That’s how many subscribers Bongino has for his YouTube channel.

Bongino is widely considered one of the top figures in conservative news media, especially after his  Fox-affiliated radio show, The Dan Bongino Show, took over the time slot of the late Rush Limbaugh’s show in many markets last year.

Thank you all! We kicked the shit out of YouTube today. We couldn’t be prouder to fight this fight with you. More big news this week on this victory. It was a good day. Goodnight!

Yes! Please spread the word and make sure everyone knows YouTube can plant a BIG wet one on Dan’s ass. And be sure to check out Rumble, where Dan will be lighting YouTube on fire 🔥. https://t.co/2UhCKqvHDc

Four Veterans Are Rowing 3,000 Miles For Their Buddies – They Attempt ‘World’s Toughest Row’ For Those With PTSD