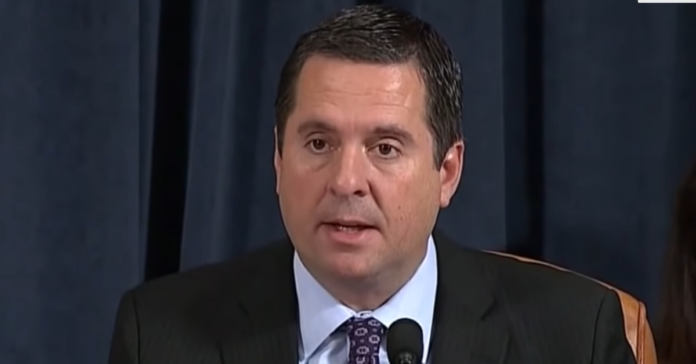 Devin Nunes, CEO of former President Donald Trump’s new social media platform Truth Social revealing key features and what is at stake with this new venture. He says he sees this as a public service because of censorship coming from big tech. He said:

“I still see what I am doing as a public service. It is not political, but it is public service. This has to be done. This is the most important issue at the highest level. It is really serious what we’re doing. Millions of Americans and people around the globe are counting on us to get this done and get it done right.

“It was hard for me to say no because it is the issue I have been most passionate about over the last few years. You would have to be hiding under a rock to not know my frustration with these Big Tech companies.

“I was the first to be shadow-banned on Twitter. I was the first one to go to Parler and be on the website and app. This has long been a problem. If we don’t get some alternative media platforms going, it is going to be really tough.

“You have TRUTH Social platform, but we are also heavily looking at streaming and having a streaming service, and that is in development right now.

“We are also looking at how do we deliver the news, and deliver news to people. That is more conceptual right now.

“We want to have a really high-quality product, but we are looking at multiple product lines down the road.

“So, all of these other companies that are out there that are an alternative to Big Tech, we believe we help them all.

“A rising tide lifts all the boats that are fighting against these tech tyrants.”

“The photo component of this is very slick, very simple, very slick.

“This is a quality, user-friendly product. It will be in chronological order, and the feed will be so that you don’t miss what your distant relative posted about their kid’s soccer game over the weekend – that’s what happens now on your platforms, you’re just served so much garbage all the time.

“We want this to be something that you’re not worried about your kids or your grandparents being on.

“You ban us and ban the president, okay, we’re going to raise the capital and build a company.

“It is not a Republican company, but it is going to be a company open to all Americans.

“It is going to be the freest platform, for sure, because we are not going to be using these algorithms.

“We are going to get the technology right, there is no question.

“The key will be, can we handle the growth. This has to be built without the use of any of these companies that would cut us off.”

“One week in, it’s clear that TMTG has assembled a robust team of world-class patriots committed to developing TRUTH Social and displacing Big Tech’s repressive hold on the digital public square,” Nunes said.

“Our team is excited to be in the final stages of development on this critical platform.”