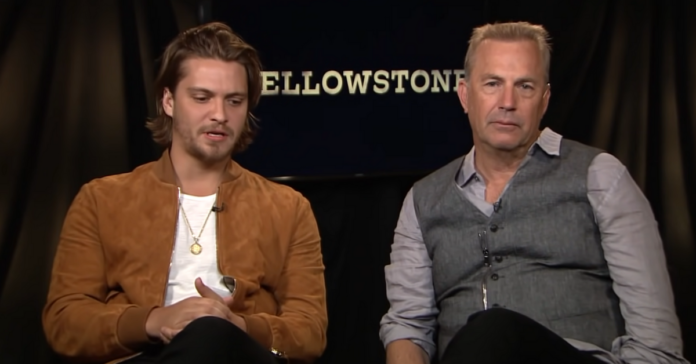 Kevin Costner put Hollywood executives on notice as the Season 4 finale for his hit show Yellowstone set new ratings records with more than 11 million viewers. This makes the non-woke show that tells the story of a family in Montana fighting to protect its cattle ranch the most watched show on TV since The Walking Dead Season 8 season premiere in October 2017.

“‘Yellowstone’ continues to shatter records proving we’ve hit a cultural nerve, from the center of the country to each of the coasts, and still have lots of room to grow on linear,” said Chris McCarthy, President and CEO, ViacomCBS Media Networks.

“Our strategy to franchise ‘Yellowstone’ into a universe of series to fuel growth for Paramount Plus is already exceeding expectations with ‘1883’ and ‘Mayor of Kingstown’ proving to be two of the top titles,” McCarthy added.

“It is incredibly rewarding to see the ‘Yellowstone’ audience continue to expand even as we come to the close of our 4th season. This expansion is a true testament to the original voices and universe that Taylor created,” said David C. Glasser, CEO of 101 Studios.

Everything woke turns to trash. It’s truly that simple. pic.twitter.com/6t0MTyrQk5

“Our partners at ViacomCBS and MTV Entertainment Studios have supported Taylor’s universe utilizing linear and Paramount+ to fuel each other and continue to build the viewership,” he added.

When it launched three years ago, it took off in Nielsen D markets – the least-popular TV markets, like Albany, Georgia or Missoula, Montana, as opposed to ‘Nielsen A’ markets like Los Angeles and New York City – ranking fourth among viewers between 25 and 54 in that designation.

In ‘Nielsen A’ markets, it didn’t even crack the top 50 watched shows, according to the Wall Street Journal.

When McCarthy took over ViacomCBS in 2019, he shifted the show’s slot from Wednesdays to Sundays and began advertising it on the Network’s other channels, like MTV and CMT.

‘We needed to do things that would signal that the show has coastal appeal,’ McCarthy told the Journal.

‘It’s a misconception to think you can only play to the coasts or the center. The question is: How do you play to both?’

Now, the show’s viewers are more evenly distributed, with 28 percent of its Season 4 finale viewers in A markets and another 28 percent in D markets.

David Glasser, chief executive of 101 Studios, which produces Sheridan’s shows, said that city and country viewers alike can appreciate Yellowstone – ‘it doesn’t matter where you sit, on the coasts or in middle America, it’s about protection of your family.’