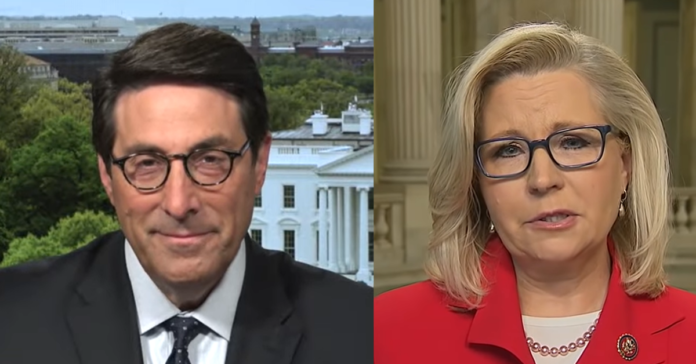 Sean Hannity’s lawyer Jay Sekulow put the Select Committee looking into Jan 6 on notice over Sean Hannity’s testimony warning them not to go too far. Chairman Bennie Thompson (D-Miss.) and Vice Chair Liz Cheney (R-Wyo.) sent an official request to Hannity asking for his “voluntary cooperation on a specific and narrow range of factual questions.”

They wrote: “The Select Committee is investigating the facts, circumstances, and causes of the January 6th attack and issues relating thereto. The Select Committee now has information in its possession, as outlined in part below, indicating that you had advance knowledge regarding President Trump’s and his legal team’s planning for January 6th.

“It also appears that you were expressing concerns and providing advice to the President and certain White House staff regarding that planning. You also had relevant communications while the riot was underway, and in the days thereafter. These communications make you a fact witness in our investigation.

“The Select Committee has immense respect for the First Amendment to our Constitution, freedom of the press, and the rights of Americans to express their political opinions freely.

“For that reason, we do not intend to seek information from you regarding your broadcasts on radio or television, your public reporting or commentary, or your political views regarding any candidate for office.

“At the same time, we have a solemn responsibility to investigate fully the facts and circumstances of these events in order to inform our legislative recommendations. Our nation cannot let anything like January 6th ever happen again.

“Thus, we write today to seek your voluntary cooperation on a specific and narrow range of factual questions,” they wrote.

Enter Jay Sekulow, Sean Hannity’s attorney, who said: “If true, any such request would raise serious constitutional issues including First Amendment concerns regarding freedom of the press.”

When asked yesterday, “Are you looking for information or cooperation from Mr. Hannity?”

Adam Schiff said, “Yes. I think you’ll see an announcement about that very soon. You know, we believe that he was texting with the chief of staff and that he has information that would be relative to our committee.

“He was more than a Fox host. He was also a confidant, adviser, campaigner for the former president. I would hope that if asked by the committee, as in fact, he will be very soon, he would cooperate with us. We are making voluntary requests that he speak with the committee.”

The letter cited text conversations with former White House chief of staff Mark Meadows, in which Hannity said, “I do NOT see January 6 happening the way he is being told.” He instead advocated for Trump to go to Florida and focus on election reform.

Hannity also allegedly sent a text on the evening of Jan. 5 saying he was “very worried about the next 48 hours.”

After a discussion with Trump on Jan. 10, Hannity wrote that Trump “can’t mention the election again. Ever,” according to the committee.

“We cannot in good faith fail to question you on these and other issues relevant to our investigation, which includes an investigation into the facts and circumstances relating to the interference with the peaceful transfer of power.”

The Committee is seeking information from Sean Hannity.

Chair @BennieGThompson and Vice Chair @RepLizCheney request Hannity answer questions about matters including communications between Hannity and the former President, Mark Meadows, and others in the days surrounding Jan 6th. pic.twitter.com/wXtOGSsneg