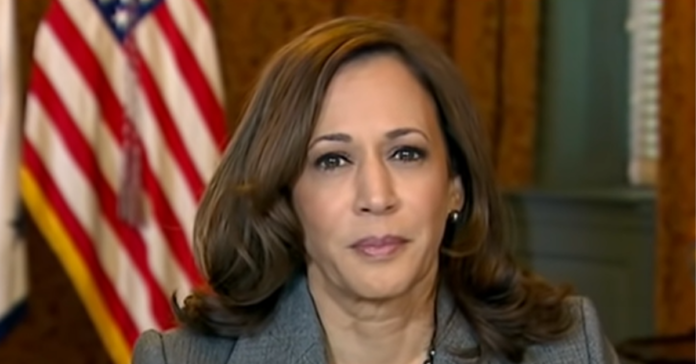 Vincent Evans, Harris’ deputy director of public engagement and intergovernmental affairs, is fleeing the sinking ship and moving to a top job at the Congressional Black Caucus.

“I am deeply honored to be named the executive director of the Congressional Black Caucus,” Evans said in the statement. “I started my career in Washington working for a member of the CBC, so I know firsthand the tremendous leadership and impact this caucus has in Congress and across the country.”

According to CNBC, “A person familiar with Evans’ departure says he is leaving on great terms with the vice president, and that he plans to maintain his close relationship with her. The move, this person added, has nothing to do with the other recent departures.”

Rep. Joyce Beatty, D-Ohio, the CBC chair said:“As a leader for effective change, Vincent will help the CBC reach greater heights and make substantive advances in 2022. Vincent knows the importance of developing critical relationships when it comes to public engagement, along with a variety of policy and leadership skills.”

From The Daily Wire:

He is the latest top staffer to leave the veep’s office amid reports that Harris is a “bully” who levels “soul-destroying criticism” in a highly dysfunctional office. Last month, her spokeswoman, Symone Sanders, and her communications director Ashley Etienne, left Harris’ office.

Biden is apparently not too happy about Harris’ numbers, with one report saying she’s not even considered to be Biden’s successor in the White House anymore, while another said the president is considering moving her to the Supreme Court so he can pick a new veep who might have a chance to win in 2024.