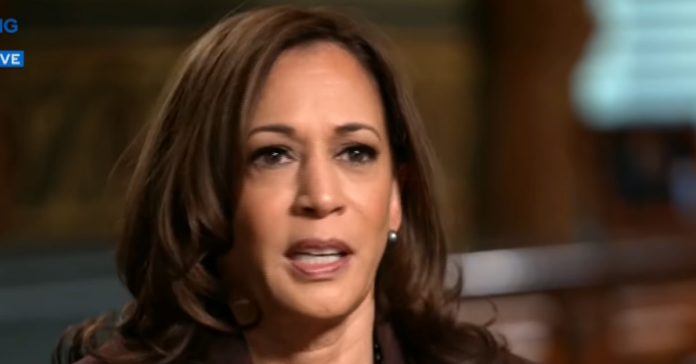 A new clip from an interview Kamala Harris gave CBS shows just how unprepared Kamala is for the job and that is not a good thing with Joe Biden’s age. Kamala has been hounded by rumors she is not ready for prime time and worse, that she does not bother to prepare for a job.

Harris is in over her head and the only chance she has is to work harder than any VP in history to keep her head above water, instead, she can’t answer basic questions like in the video below.

Something is not right in Joe Biden’s White House if Harris stumbles when she answers such softball questions.

She’s the most vacuous politician I’ve ever experienced. There’s just nothing there. @KamalaHarris https://t.co/eSFFPYzW3y

Gray said Harris has been “leaning” on Hillary Clinton for advice which she says “isn’t particularly well-advised.”

Gray said Harris is suffering “a little bit from a soft bigotry of low expectations.”

“Which isn’t to say that she couldn’t be a better candidate,” Gray said. “I think a lot of people, when she won her Senate race in 2017 really expected her to be the heir apparent if only for these superficial identity-focused reasons.”

Gray goes on to say if Hillary was not the candidate in 2016 and another woman was, TRump would have lost.

“You can say what you want to say about there being a discriminatory element, a biased element, as there always is in some capacity when you’re dealing with these kinds of first types but I also very much believe that a woman, who wasn’t Hillary Clinton, could have won.”

“And that a vice president who isn’t Kamala Harris, but who is Black, Asian, female in some combination could obviously be doing a much better job if she behaved differently,” she said.

.@KamalaHarris might be the dumbest person ever to hold office.