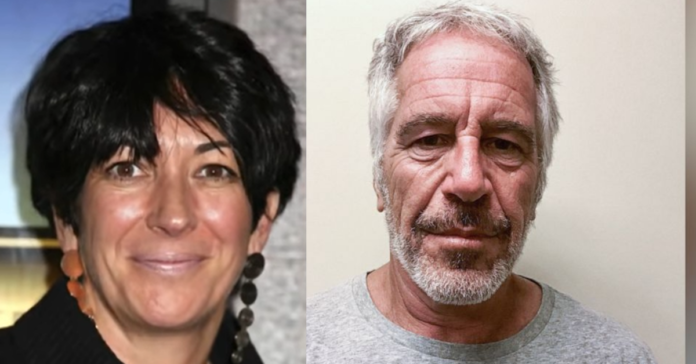 Maxwell, 59, had pleaded not guilty to six federal counts. The charges included sex trafficking of minors, enticing a minor to travel to engage in illegal sex acts, transporting a minor with the intent to engage in criminal sexual.

Maxwell it was alleged and the jury found it so, helped Epstein in his sexual abuse of underage girls between 1994 and 2004. Maxwell has been held without bail since her arrest in July 2020 and has pleaded not guilty to the charges.

She could spend decades in prison.

Here’s a look at the verdict sheet as we await the Ghislaine Maxwell jury’s judgment. pic.twitter.com/CIm0BFaLpe

Maxwell appeared encouraged by the long deliberations, with her eyes lighting up after the judge received a request by the jury for transcripts of testimony from some defense witnesses.

They included a memory expert who testified that memories can be corrupted over time by outside influences.

Defense lawyers say that Maxwell was made a scapegoat by the U.S. government after Epstein killed himself in a Manhattan federal jail in August 2019 as he awaited his own sex trafficking trial.

Maxwell, 60, was arrested in July 2020 and, deemed a flight risk, has been held without bail ever since.

Nathan has repeatedly rejected bail attempts, including a $28.5 million package that would have required Maxwell to submit to 24-hour armed guards at her residence to ensure her appearance in court.

Assistant US Attorney Alison Moe described Maxwell as a “dangerous” woman who “preyed on vulnerable kids” in the closing arguments.

“Maxwell was a sophisticated predator who knew exactly what she was doing. She ran the same playbook again and again,” Moe said. “She manipulated her victims, and she groomed them for sexual abuse. She caused deep and lasting harm to young girls. It is time to hold her accountable.”

Ghislaine Maxwell has been found guilty on five out of six counts. https://t.co/myzMtMJm37