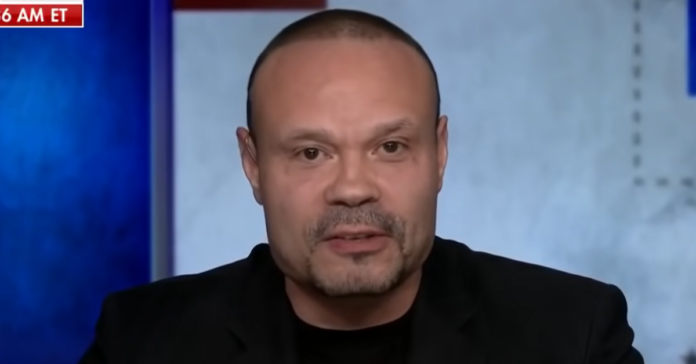 Dan Boningo dropped the hammer on a Washington Post reporter over a story about an issue between Bongino and Cumulus Media, the company that syndicates The Dan Bongino Show.

Washington Post reporter Jeremy Barr ran a story that said: “A lot has happened since then, but not much has changed for Bongino and his bosses. He is still hosting the same show, even though Cumulus Media does not appear to have changed its mandate. That’s led some radio hosts and industry observers to question Bongino’s commitment to his ultimatum. Talk radio historian Brian Rosenwald said “there was a stunt element to it.”

Enter Dan Bongino who said: “Are you a dipshit all the time, or just on weekdays? Do you even listen to my show where I explained what’s going on?

“Or is your oddly shaped head so far up your ass that you can’t hear?

“Given that you’re a chump, and a coward, who has never stood for a single thing in your entire sorry life, I’m not surprised you left out all of the relevant details of the story.

“Lose my email, and don’t bother contacting me again.

“Thanks, and have a Merry Christmas.

“Off to the spam file labeled “media dipshits” you go,” he said.

In November, Bongino went on Fox News and slammed government overreach accusing Biden of an “endless push towards socialism” saying this is “all about them taking custody of you.”

“You get your power from us. It’s the consent of the governed. It’s the power of the people. We give you authority. You don’t give us a damn thing!

“But you know what’s going to fix this?

“When you understand the fact that this is your country, not theirs.

“We outnumber them. The consent of the governed matters and we revoke our consent.

“Once you realize that, then you have the power, not them. And we take it back through mass disobedience. Everything will change, I promise you.”

Since everyone is talking about @eosnos’ excellent profile of Dan Bongino, I wanted to share an email that Dan sent me after I published a story last week (featuring his input) about his pledge to quit his Cumulus Media radio show: https://t.co/YQOjrCNh4G pic.twitter.com/ZuSARjICqu

"The View" Tried Stealing a Young Conservative Host From Fox News, But She Didn't Want to Get "Bullied" Everyday