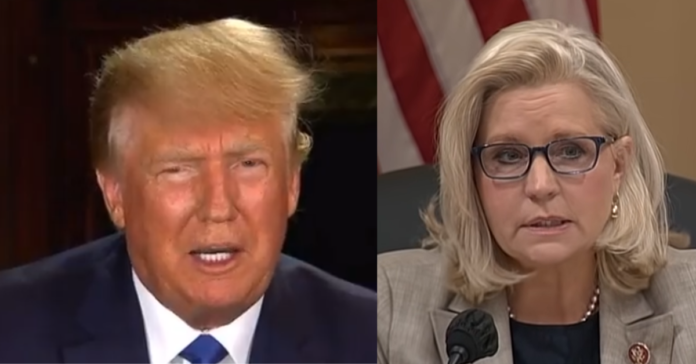 Former President Donald Trump got some good news when the Adam Schiff and Liz Cheney led House Select Committee agreed to not seek some records from the Trump White House.

The move did not come at the request of Trump, he is fighting in the Supreme Court to block the House Committee’s access to anything, but from President Biden. Biden’s lawyers are basically making the same argument that Trump is making in court, that handing over sensitive records pertaining to national security sets a bad precedent, to block the House’s request/ This could impact Trump’s case before SCOTUS.

“The documents for which the Select Committee has agreed to withdraw or defer its request do not appear to bear on the White House’s preparations for or response to the events of January 6, or on efforts to overturn the election or otherwise obstruct the peaceful transfer of power,” White House deputy counsel Jonathan Su wrote.

He added that withholding the documents “should not compromise its ability to complete its critical investigation expeditiously.”

Biden has rejected Trump’s claims of executive privilege on the other documents with White House counsel Dana Remus writing on Dec 23:

“The President has determined that an assertion of executive privilege is not in the best interests of the United States, and therefore is not justified”

The agreement to keep some Trump-era records away from the committee is memorialized in a Dec. 16 letter from the White House counsel’s office.

It mostly shields records that do not involve the events of Jan. 6 but were covered by the committee’s sweeping request for documents from the Trump White House about the events of that day.

Dozen of pages created Jan. 6 don’t pertain to the assault on the Capitol. Other documents involve sensitive preparations and deliberations by the National Security Council.

Biden’s officials were worried that if those pages were turned over to Congress, that would set a troublesome precedent for the executive branch, no matter who is president.

Still other documents are highly classified and the White House asked Congress to work with the federal agencies that created them to discuss their release.

The House committee investigating the Jan. 6 insurrection has agreed to defer its request for hundreds of pages of Trump administration records in response to concerns from the Biden White House that the documents could compromise national security. https://t.co/Q7lquYkmdD

Biden ripped for 2020 tweet where he wrote "Trump still doesn't have a plan to get this virus under control. I do"