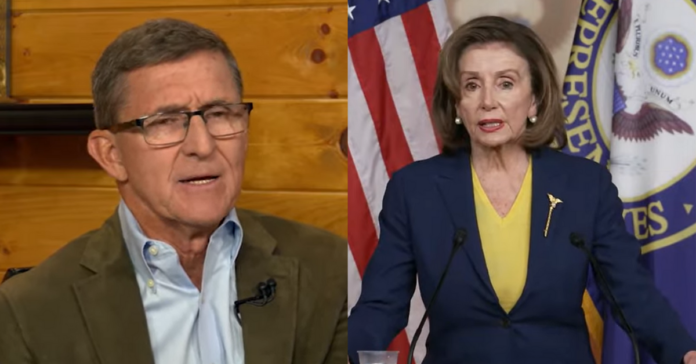 “General Flynn further requests that the Courts Convert the temporary restraining order into a preliminary injunction following any appropriate briefing and hearing.

“Pursuant to Local Rule 3.01(e), General Flynn designates this Motion as time-sensitive because Defendants continue to maintain that General Flynn must appear before the Select Committee for a deposition and that he produce documents forthwith.

“General Flynn will suffer irreparable harm if the Motion is denied and the Select Committee is given license to continue its efforts to enforce the subpoena issued to General Flynn and collect further records relating to General Flynn from third parties.

“General Flynn would face a dire dilemma: sacrifice his Constitutional Rights in order to comply with an unlawfully issued subpoena; or stand his ground and face criminal prosecution for contempt of Congress.

“As a result of the grave irreparable harm that General Flynn would face if the court allowed the Select Committee to engage in efforts to enforce the subpoena, the balance of equities tip strongly in General Flynn’s favor.

“Even if the Court were to grant General Flynn the requested relief but somehow conclude at a further point in the litigation that the Select Committee acted lawfully in issuing the Subpoena, the harm to Defendants would be minimal.

“As the Select Committee is investigating an event that already took place, which has been abundantly investigated already by the Department of Justice and which unfolded in public view with extensive media coverage, it is difficult to see how the omission or delay of General Flynn’s testimony and documents about his personal beliefs and communications would have a material impact on the SelectCommittee’s investigation. Finally, the public interest supports granting the Motion.

The public has a strong interest in ensuring that the federal government acts in accordance with the constitution, particularly when partisan members would use the formidable power of Congress to violate the rights of a citizen for political gain, beyond confines of its constitutional authority and internal rules,” the complaint says.

Michael Flynn this morning filed for a Restraining Order in federal court in Florida against Nancy Pelosi to attempt to block enforcement of the J6 subpoenas. pic.twitter.com/BeZJJUaMoI

Hillary Isn’t Out Of The Woods Yet, Durham Shakes Up Former Campaign Workers With Legal Notice