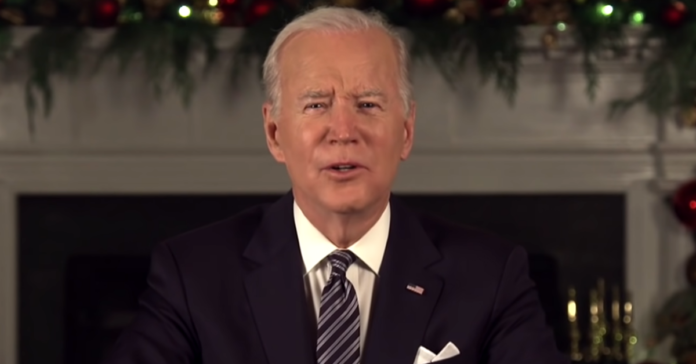 President Joe Biden’s Department of Justice caved to GOP demands and acknowledged the outrage of millions of Americans and ended negotiations over monetary compensation for migrant families separated under the Trump administration.

Lawyers working for the families spilled the beans on the change in policy that happened only because someone leaked to the media what Biden and his team were doing. The outrage reached across the political divide with even liberals warning Biden he wouldn’t survive politically if he followed through.

Kamala’s career seems over anyway but she would be even less popular if they got away with it. But the fact they wanted to or were trying to give migrant families separated under Trump near $450,000 tells you how incompetent this administration is.

Did they not think Americans would be outraged? Are they that clueless? Or that deep in the swamp that they have no idea how average people think? This debacle, one of many under Biden in one short year, will come back to haunt the Dems in 2022.

“It would be an understatement to say we are disappointed that the Biden administration allowed politics to get in the way of helping the little children deliberately abused by our government.

“There’s no explanation for not settling these cases other than the Biden administration is unwilling to use literally any political capital to help the young children deliberately abused by our government.

“We are extremely disappointed that the negotiations have terminated and that the administration is walking away from its campaign promise to provide families with some measure of justice.

“We will be moving forward with our litigation,” the lawyer said.

The Department of Justice issued a statement that said:

“While the parties have been unable to reach a global settlement agreement at this time, we remain committed to engaging with the plaintiffs and to bringing justice to the victims of this abhorrent policy.”

For the first time on record, Biden denies the report, calling it “garbage.” pic.twitter.com/0yOB3u49cw

We only pay $100,000 to the families of American soldiers who lose their life in the line of duty.

But the Biden administration is planning to send $450,000 to migrants who crossed our border illegally and were deported. pic.twitter.com/t09G52hNcm