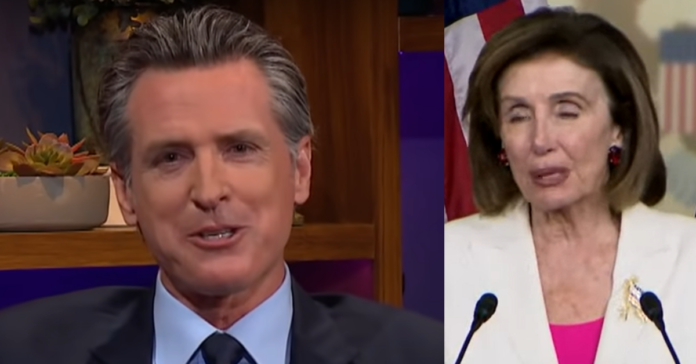 An NBC Sports crew was robbed in Oakland, California at gunpoint Saturday morning as crime continues to spiral out-of-control wherever there is a Dem in charge. Blue cities and blue states have seen an unprecedented surge in crime as the failed politicians continue to scapegoat the cops and try to cut funding for the police.

The brazen robbers hit the NBC crew Jack London Square and got away with a camera from the crew’s vehicle. No one was injured during the robbery.

Oakland Mayor Libby Schaaf (D) said a few weeks ago that her office would offer a proposal to the City Council to increase active police presence and require a larger police force.

“We in Oakland believe in a comprehensive and effective approach to ending gun violence,” Schaaf said.

On Dec. 3, a San Francisco Chronicle photographer was held up in an armed robbery. Before that  a security guard for local news station KRON-TV was killed by gunshot during an attempted robbery. Retail outlets are closing stores in the Bar area or curtailing house because the Dem politicians will not do their jobs.

From The Mercury News:

The crew was on assignment in the Jack London Square area when three armed individuals took a camera from inside the crew’s vehicle, according to Oakland Police Department spokesperson Kim Armstead.

None of the crew members were holding the camera at the time and there were no injuries.

The robbery marks the third incident involving news organizations in Oakland in the last two-and-a-half weeks.

NEW – An NBC Sports crew working on assignment in Oakland, California was robbed at gunpoint Saturday morning, according to a report from The Mercury News, and the robbers got away with a camera from the crew’s vehicle.

This has got to stop. And where are these cameras turning up? Thank God no one got shot and killed this time. Journalists and journalism are some of the foundations of democracy. Oakland: NBC news crew robbed at gunpoint https://t.co/hDj8xnzo98 via @eastbaytimes @OakTribNews