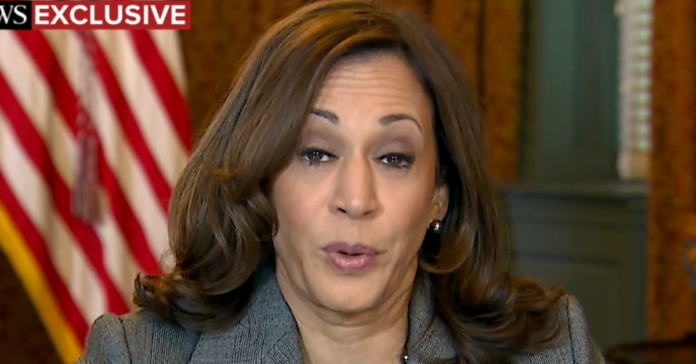 Vice President Kamala Harris just committed a political blunder that will come back t haunt her in ways she doesn’t even know about yet and announced $1.2 billion in investments for Central America. Harris says this is in response to her call to action to address the root causes of migration.

One of the new initiatives announced today will be for Nespresso to support coffee-growing in Honduras and El Salvador. Another one will be a Microsoft effort to bring millions of people to the Internet.

PepsiCo and Cargill are also making commitments in response to Harris’ “‘call to action’ in May.

Pepsi will drop $190 million to make updates to its manufacturing base in the region. No word whether these updates will be to bring in the robots so even more migrants try to come to America but if Kamala is in charge you know it is going to backfire.

Harris’s office also said that Cargill, a global food corporation, would invest an additional $150 million in the region with the aim of improving “farmer livelihoods and building economic resilience” in Honduras, Guatemala and El Salvador.

Meanwhile, Parkdale Mills, one of the largest providers of spun yarns and cotton consumer products in the world, plans to spend $150 million to build a new yarn spinning facility in Honduras, according to Harris’s office.

Other investments are being announced by CARE International, Grupo Mariposa, Parkdale Mills, JDE Peet’s and PriceSmart.

In addition, three other companies that announced initial investments in May — Mastercard, Microsoft and Nespresso — are announcing further plans in the region.

CARE Intl—the global confederation of orgs to prevent poverty— is also “part of a conference convened by the State Dept, US Chamber of Comm, & the Partnership for Central America to support investment in the region.”https://t.co/lFqeKxXTiR

El Salvador President Exposes Biden Corruption & Brings The Receipts, ‘US Taxpayers Should Know That Their Gov Is Using Their Money To…