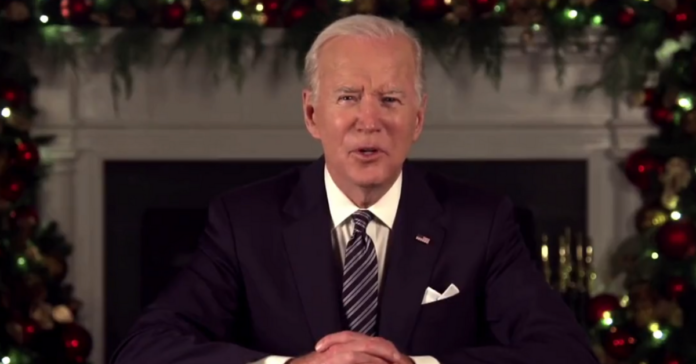 President Joe Biden went on NBC’s tonight show to try to stop his sinking approval numbers and managed to make it worse. Biden said he has terrible numbers because “people are getting so much inaccurate information to them, I don’t mean about me, but about their situation.”

This is a stunning thing to say on national television about the main issue dragging Biden’s numbers down, inflation. There is no media gatekeeper peddling misinformation when you fill up your gas tank and get sticker shock. Or when you pay your heating bill or go to the grocery store and are stunned by the rising prices. Gas bills don’t lie, politicians do.

These are personal things we all experience and trying to spin them away has always been fatal to an American politician. In fact, only a fool oblivious to how unpopular he really is would dare try it.

Biden said, “Well, look, here’s the deal, I think that it’s, we’ve been in less than a year. A lot has happened, and look, people are afraid. People are worried. And people are getting so much inaccurate information to them.

“I don’t mean about me, but about their situation. And so, they’re being told that Armageddon’s on the way.

“The truth is, the economy’s growing more than it has at any time in close to 60 years.

“The unemployment rate’s down to 4.2%. It’s going to go lower, in my view. We do have inflation on things that, in fact, matter to people’s lives.

“You know, when you show up at a gas station and it’s $3.50 at your pump, although now because I took 50 million barrels out of the Strategic Petroleum Reserve, the gasoline is down below $3 in many places. It’s going to come down. It’s going to move.”

“But in the meantime, people are worried, and they’re worried about whether or not they have a brother, a sister, uncle, or aunt who has gotten COVID.

“And they don’t know what to do about it.

“I mean, so, there’s a lot of anxiety. And my job is to be straightforward, shoot from the shoulder, let people know exactly what the truth is, and lay out how I’m going to try to make life better for them.”

Only Joe Biden would need notes to go on Jimmy Fallon..

NBC’s ‘Tonight Show’ gave 16.5 minutes to Joe Biden boosting Friday night. Jimmy Fallon: Saw you at the Kennedy Center Honors. “We gave you a standing ovation because I go, ‘Here he is. He’s bringing class back. He’s a classy guy, and you’re bringing class back to the office.'” pic.twitter.com/zm8cgIZRl9