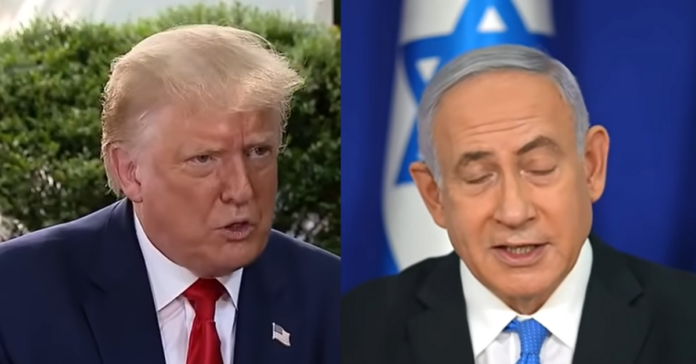 Trump said: “The first person that congratulated Biden was Bibi Netanyahu, the man that I did more for than any other person I dealt with. Nobody did more for Bibi. And I liked Bibi. I still like Bibi. But I also like loyalty. Bibi could have stayed quiet. He has made a terrible mistake.

Trump said he was shocked when Melania showed him the video of Netanyahu congratulating Biden. “Netanyahu was very early like, earlier than most. I haven’t spoken to him since. F*** him.

“For Bibi Netanyahu, before the ink was even dry, to do a message, and not only a message, to do a tape to Joe Biden talking about their great, great friendship — they didn’t have a friendship, because if they did, the Obama administration wouldn’t have done the Iran deal.

“And guess what, now they’re going to do it again,” Trump said.

Trump spoke to the author of the book again in July and said:

“Well, I like him, but he has been there a long time. I can tell you that people were very angry with him when he was the first one to congratulate Biden.

“The video was almost like he’s begging for love. And I said, ‘My, my how things change.’ So, you know, I was disappointed. That hurt him badly with the people of Israel. As you know, I’m very popular in Israel. I think it hurt him very badly.”

“I highly appreciate President Trump’s big contribution to Israel and its security.

“I also appreciate the importance of the strong alliance between Israel and the U.S. and therefore it was important for me to congratulate the incoming President.”