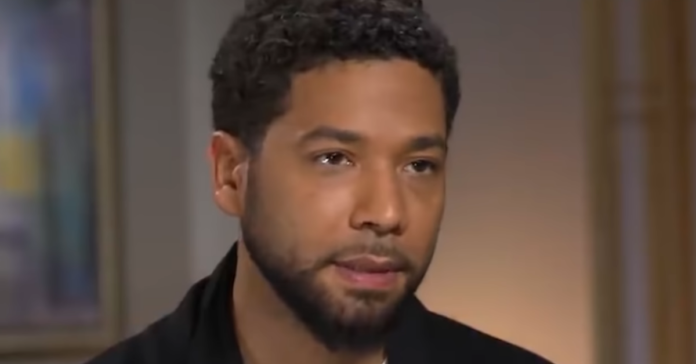 Jussie Smollett was just found guilty on 5 counts and he was found not guilty on one count. Smollett could face serious jail time of up to fifteen years although most experts do not think Smollett will do that much time in prison.

The jury deliberated for about eight hours over two days to reach their verdict. In his closing argument special prosecutor Dan Webb said: “Besides being against the law, it is just plain wrong to outright denigrate something as serious as a real hate crime and then make sure it involved words and symbols that have such historical significance in our country.”

“If he was a true victim of a crime he would not be withholding evidence,” Webb said about Jussie not turning over his cellphone, giving a DNA sample, or allowing access to his medical records to help with the investigation.

Smollett testified that he wrote a $3,500 check for nutrition and training advice, not as payment for the man and his brother to help him stage the attack.

When asked by defense attorney Nenye Uche about one of the brothers, Ola Osundairo, Smollett said:

But he admitted he did cocaine and visited gay bathhouses with the other brother Bola Osundairo,

Smollett testified that Bola would help him get drugs, including cocaine, but the two also visited a gay bathhouse in Chicago.

Smollett testified they got a private room and “did more drugs and like, made out.”

Former U.S. attorney Neama Rahmani said: “Smollett testifying in his own defense is one of two things, or maybe both: a narcissistic criminal defendant who is doubling down on his charged lies to law enforcement or defense attorneys who know they are way behind and are throwing a low probability Hail Mary to try to get their client off.

“Either way, Smollett’s story was a bizarre attempt at forcing a square peg into a round hole by offering every possible explanation for the state’s digital evidence except the most obvious one: that he is guilty. In the unlikely event he is acquitted, Smollett’s decision was a genius move. But it is far more likely that the jury sees through his ruse and Smollett is convicted. If so, the judge may sentence him to prison time for obstructing justice and perjuring himself on the witness stand.”

“His story is so unbelievable and in the face of the evidence that no reasonable jury is ever going to buy it.

“I think that he absolutely buried himself to the extent he wasn’t already buried.

“It was almost indecipherable trying to make sense of it, and I just don’t see how any reasonable jury is going to find any truth in anything he said.

“The real issue of the real story here is why was he even up there taking the stand?

“So for me, the million-dollar question, which really hasn’t played out during the course of the trial to the extent that I’ve seen is, did his attorneys try to stop this?

“Or were they a part of this plan? Because if it’s the latter, that’s a problem.

“To go up in international media coverage and do what he did if it was sanctioned by his counsel, that’s concerning to me. I don’t think that it’s anything that will reverse convictions or anything to that degree, but it’s concerning,” he said.

A Chicago jury has just found Jussie Smollett guilty today on five felony charges, including lying to the police about the alleged hate crime attack on the former Empire actor in early 2019 https://t.co/SF6WwcTyLN pic.twitter.com/wr1gmYn6KF