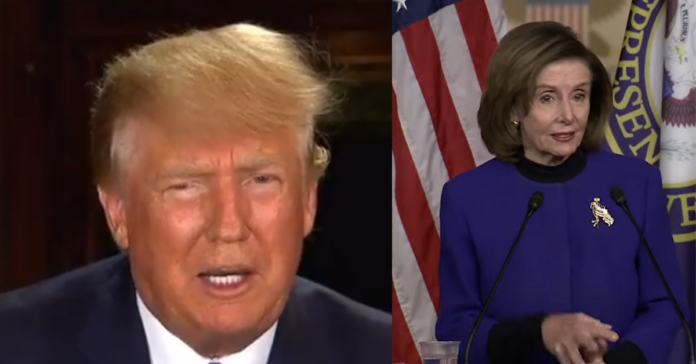 The Wall Street Journal just confirmed the Democrat’s nightmare scenario is their new reality when a poll they commissioned found that Hispanic voters are now evenly split between the two parties.

The Dems barely won the last election getting around 60% or higher of the Hispanic vote so a shift of ten points would absolutely doom the Dems in many races. This is the Trump effect. He moved working-class minority voters to the GOP and not only does that trend look permanent, but it has grown with Biden’s failures.

“Latinos are more and more becoming swing voters. They’re a swing vote that we’re going to have to fight for,’’ said Democratic pollster John Anzalone. You see in this poll that there’s a group of Hispanic men who were without a doubt enticed by Trump and have become more Republican. We have more work to do on that.”

Republican pollster Tony Fabrizio said: “This says to me that the economy matters, particularly to Hispanic men. The economy and economic factors are driving them.”

From The Wall Street Journal:

One year after giving Democratic House candidates more than 60% of their vote, according to polls at the time, the Journal survey found that Hispanic voters are evenly split in their choice for Congress.

Asked which party they would back if the election were today, 37% of Hispanic voters said they would support the Republican congressional candidate and 37% said they would favor the Democrat, with 22% undecided.

Hispanic voters were also evenly divided when asked about a hypothetical rematch in 2024 of the last presidential contenders, with 44% saying they would back President Biden and 43% supporting former President Donald Trump.

In 2020, Mr. Biden won 63% support among Hispanic voters, nearly 30 points more than Mr. Trump, according to AP VoteCast, a large survey of the presidential electorate.

…Shifts in some parts of the country were larger. In its analysis of the 2020 electorate, Equis Labs, which studies the Latino electorate, found swings toward the GOP of 20 points in parts of Florida’s Miami-Dade County;

Of 12 points in the Rio Grande Valley of Texas; and double-digit swings in parts of the Northeast. In South Florida, the shift was big enough to flip two congressional seats to the GOP, the firm concluded.

It seems the Dems outreach efforts are backfiring too. From Politico:

As Democrats seek to reach out to Latino voters in a more gender-neutral way, they’ve increasingly begun using the word Latinx, a term that first began to get traction among academics and activists on the left.

But that very effort could be counterproductive in courting those of Latin American descent, according to a new nationwide poll of Hispanic voters.

Only 2 percent of those polled refer to themselves as Latinx, while 68 percent call themselves “Hispanic” and 21 percent favored “Latino” or “Latina” to describe their ethnic background, according to the survey from Bendixen & Amandi International, a top Democratic firm specializing in Latino outreach.

More problematic for Democrats: 40 percent said Latinx bothers or offends them to some degree and 30 percent said they would be less likely to support a politician or organization that uses the term.

[VIDEO] Jussie Smollett Has a New "Move" He Flashes as He Leaves Court, And He's Getting Mocked For It