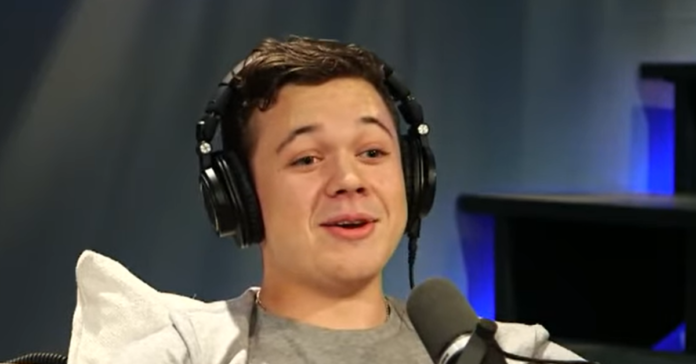 Kyle Rittenhouse sat for an interview with the Blaze TV’s “You Are Here” podcast and held nothing back. He went after the hapless prosecutors in his case saying he wants to put them out of business and get them disbarred.

The subject of Arizona State University came up. Kyle did not enroll in the fall semester because he was on trial for murder but some hysterical liberals protested anyway. They don’t want him to go there even after he was acquitted.

When asked where he plans on attending college Rittenhouse said the protesters failed and he will be going to ASU. “ASU, Arizona State University — I’ll be there in the spring,” he said.

Rittenhouse said, “Yeah, but they failed. Look, everybody has the right to protest, no matter how silly it is.”

Kyle Rittenhouse also mocked LeBron James after the NBA star wrote on Twitter: “What tears? I didn’t see one. Man knock it off! That boy ate some lemon heads before walking into court.”

Rittenhouse said: “I was really pissed off when he said that because I liked LeBron, and then I’m like, you know what, f*** you, LeBron.”

Rittenhouse continued saying he was not a hero:

“I don’t think I did anything heroic; I just defended myself.

“Well, hindsight being 20/20, probably not the best idea to go down there.

“Can’t change that. But I defended myself and that’s what happened.

“We’re just having it destroyed,” Rittenhouse said of the rifle.

“I think that’s the best thing, and that’s what I want to do with it,” he said.

Kyle also said he wants to go to law school because, “I want to go against corrupt piece of s*** prosecutors like Thomas Binger, and put them in their place and make sure they never practice law again.”

This Kyle Rittenhouse interview on You Are here is really something else 😂 pic.twitter.com/QMHTQFTYfc