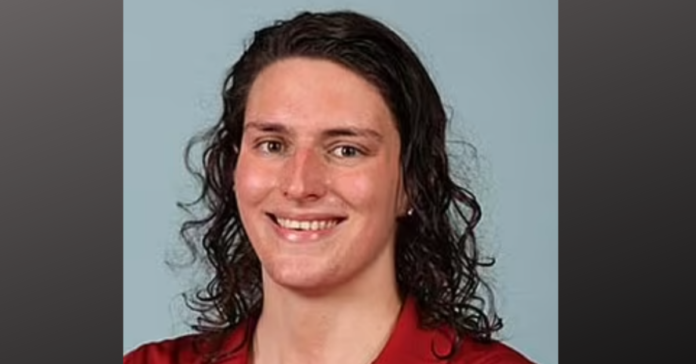 A trans swimmer from the University of Pennsylvania who spent the last three years competing as a man smashed some women’s swimming records over the weekend. Lia Thomas who competed in college for three years as a male named Will even finished the 1,650-yard freestyle 38 seconds ahead of the second-place finisher Anna Kalandadze.

According to the New York Post: “In the finals, Thomas notched a winning time of 4:34.06 — good enough for a new Ivy League record. The swimmer continued smashing records on Saturday with a nearly 7-second victory in the 200-yard freestyle with a time of 1:41.93 — representing the fastest finish in the country, the school said.”

Lia Thomas said to Penn Today earlier: “One of my big concerns for trans people is feeling alone. Even if you don’t pay attention to the news about states proposing and passing vicious anti-trans legislation, it can feel very lonely and overwhelming.

“Swimming is a huge part of my life and who I am. I’ve been a swimmer since I was five years old. The process of coming out as being trans and continuing to swim was a lot of uncertainty and unknown around an area that’s usually really solid.

“Realizing I was trans threw that into question. Was I going to keep swimming? What did that look like?

“Being trans has not affected my ability to do this sport and being able to continue is very rewarding,” she said.

PennAthletics said:”’Because of her strong swims in the 200 and 500 free this weekend, she will have a chance to become the first transgender student-athlete to be a Division I All American or even national champion.”

Several people have voiced their anger over Thomas’ recent success in the women’s events.

Sport performance coach Linda Blade responded to Thomas’ most recent event by saying: ‘Well of course women’s records are being smashed! Lia competed as male for first three years in #NCAA. This is not right!

‘We need to return to #SexBasedSports! #SexNotGender to preserve fairness for female athletes.’

One person said: ‘How many people were involved in this swim meet and not one of them stood up and said this is wrong?’

While a third said: ‘How can anybody look at that and say that it is fair for Lia Thomas to swim against women?’

Another user was outraged that his daughters, who swim competitively, have ‘worked their a**es off’ to get where they are for Thomas to dominate the sport.

‘My two daughters swim competitively. They practice 3-4 times a week almost year round. My girls and many others work their ass off for years.

*NEW COLUMN*
If Michael Phelps began competing as a transgender woman, all hell would break loose – so why is nothing being done to stop trans athletes like Lia Thomas from destroying women’s sport?https://t.co/bWMB8PG4Rs pic.twitter.com/HH56nZHdBk

Biden Says He Will Run For Reelection But New Poll Says Only 1/3 Of Dems Want Him!