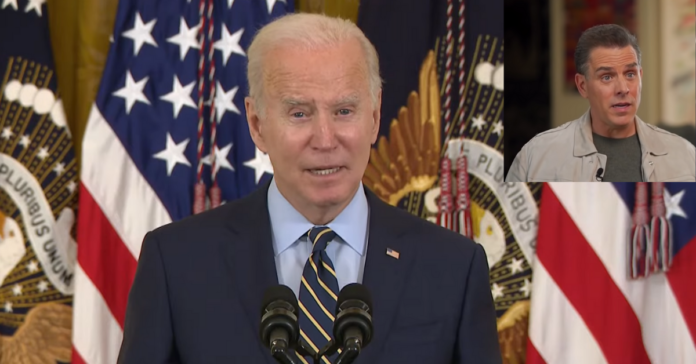 President Joe Biden is clueless or he thinks we are all a bunch of dopes because, and this is going to shock you on so many levels, his administration just flagged the art industry as a big problem with corruption and influence peddling.

The Biden administration is all about virtue signaling rather than doing anything. But this is bad even for this incompetent and tone-deaf group. They released their big report on corruption titled, ‘United States Strategy on Countering Corruption,’ as a first step to stop how “government officials abuse public power for private gain.”

“It degrades the business environment, subverts economic opportunity, and exacerbates inequality. It often contributes to human rights violations and abuses, and can drive migration.

“As a fundamental threat to the rule of law, corruption hollows out institutions, corrodes public trust, and fuels popular cynicism toward effective, accountable governance.

“Emerging research and major journalistic exposés have documented the extent to which legal and regulatory deficiencies in the developed world offer corrupt actors the means to offshore and launder illicit wealth.

“This dynamic in turn strengthens the hand of those autocratic leaders whose rule is predicated on the ability to co-opt and reward elites.

“On June 3, 2021, President Biden established the fight against corruption as a core national security interest of the United States.”

Sounds good until you read the report and discover Biden thinks the ‘art and antiquities’ market is a key player in this corruption and abuse of power.

Did they forget about Hunter’s overpriced $500,000 paintings he is selling to anonymous (wink wink) people? Have they no shame? Are they really this clueless and incompetent?

“Art and antiquities markets: The AML Act mandates that the Treasury conduct a study of the facilitation of money laundering, terrorism finance, and other illicit financial dealings through the trade in works of art, which will be sent to the Congress by the end of 2021.

“The markets for art and antiquities—and the market participants who facilitate transactions—are especially vulnerable to a range of financial crimes.

“In September 2021, FinCEN issued an Advance Notice of Proposed Rulemaking (ANPRM) to solicit public comment on questions related to Section 6110 of the AML Act, which amends the Bank Secrecy Act by including as a type of financial institution a person engaged in the trade of antiquities.”

'I Have Neither Had The Time Nor Interest': Psaki Gets Testy When Asked About Hunter Biden