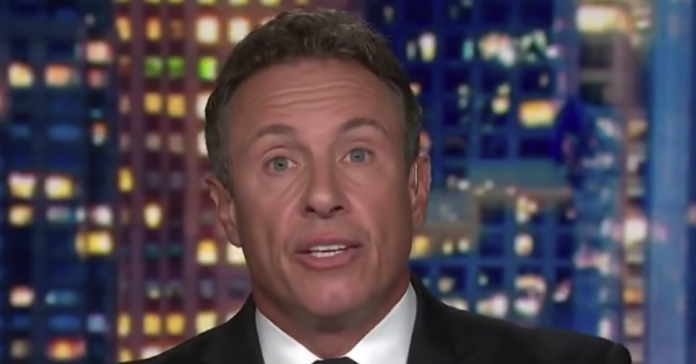 Fired CNN host Chris Cuomo announced Monday that he is out at his SiriusXM radio show. Cuomo made it seem like it was his idea to leave but some media reports are saying he was asked to resign after a former female colleague at ABC News accused him of sexual misconduct.

Cuomo said: “While I have a thick skin, I also have a family, for whom the past week has been extraordinarily difficult. So, right now, I have to take a step back and focus on what comes next. That means I will no longer be doing my SiriusXM radio show.

“I also want to express my sincere appreciation for my loyal listeners. I will miss our conversations a great deal — but I look forward to being back in touch with you all in the future.

The radio network said, “Following Chris Cuomo’s statement that he is leaving his SiriusXM show, ‘Let’s Get After It’ will no longer air. We thank Chris for his work at SiriusXM.”

The New York Post reported that leaving was not what Cuomo wanted:

A source familiar with the matter said of Cuomo, “He was asked to resign, which he did.”

Another source said Cuomo — who continued hosting his “Let’s Get After It” radio program after CNN fired him on Tuesday — “really wanted to keep his SiriusXM show.

“He thought he would be able to keep it,” the source added.

CNN learned about the new sexual misconduct charge against Cuomo days before he was terminated.

The claim came from attorney Debra S. Katz who is representing the accuser, a “former junior colleague at another network.” The allegation is “unrelated to the Gov. Andrew Cuomo matter.”

Katz said her client “came forward because she was disgusted by Chris Cuomo’s on-air statements in response to the allegations made against his brother, Gov. Andrew Cuomo.”

A CNN spokesperson said: “Based on the report we received regarding Chris’s conduct with his brother’s defense, we had cause to terminate.

“When new allegations came to us this week, we took them seriously, and saw no reason to delay taking immediate action.”

Steven Goldberg, a spokesman for Cuomo, said “These apparently anonymous allegations are not true. If the goal in making these false and unvetted accusations was to see Mr. Cuomo punished by CNN, that may explain his unwarranted termination.”

“It was not fully clear what role the allegation played in CNN’s decision to dismiss Mr. Cuomo.”https://t.co/9tU8v7sPkV

No comment from Cuomo yet. More detail from @grynbaum @koblin and me https://t.co/LIaJwYhVrN

[VIDEO] CNN's Gun Expert Just Figured Out What Alec Baldwin Likely Did With That Gun...