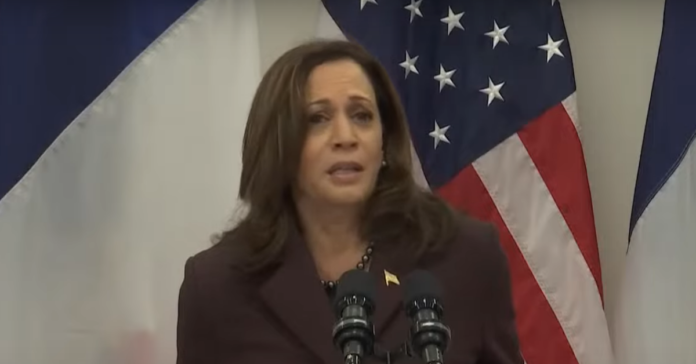 The leaks are coming fast and furious against Vice President Kamala Harris and in a bad sign, some are actually putting their names to the cutting words. The leaks describe Kamala as a bully who is responsible for her massive staff exodus.

Another leaker told the Washington Post that Harris has a “soul-destroying” management style. “Who are the next talented people you’re going to bring in and burn through and then have them pretend they’re retiring for positive reasons?” former Harris aide Gil Duran said.

“One of the things we’ve said in our little text groups among each other is what is the common denominator through all this and it’s her,” Duran said.

“It’s clear that you’re not working with somebody who is willing to do the prep and the work,” another former staffer said.

“With Kamala, you have to put up with a constant amount of soul-destroying criticism and also her own lack of confidence. So you’re constantly sort of propping up a bully, and it’s not really clear why.”

“I’ve never had an experience in my long history with Kamala where I felt like she was unfair.

“Has she called bulls–t? Yes. And does that make people uncomfortable sometimes? Yes.

“But if she were a man with her management style, she would have a TV show called The Apprentice.”

“In my experience, and if you look at past precedent, it’s natural for staffers who have thrown their heart and soul into a job to be ready to move on to a new challenge after a few years.

“And that is applicable to many of these individuals.”

Kamala Harris is branded a ‘bully’ and accused of inflicting ‘constant, soul-destroying criticism’ on staff by ex-aides who claim she refused to read briefings, then scolded them if she was slated for being unprepared as ‘FOUR’ staffers head for the exithttps://t.co/MG77QjlpRE