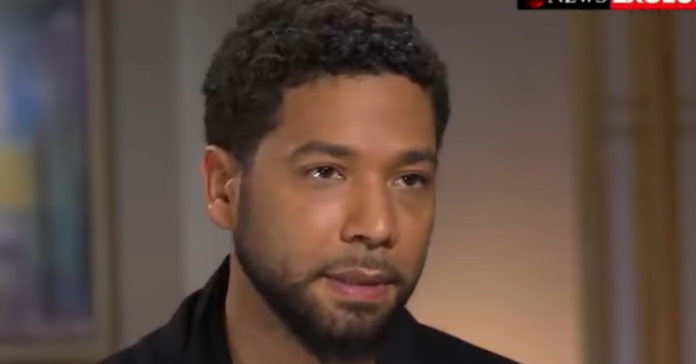 Jussie Smollett is facing six counts of disorderly conduct for allegedly making false reports to police that he was a victim of a hate crime in early 2019. He took the stand in his own defense today, something that could backfire on the Hollywood actor in a major way and send him straight to jail.

The former “Empire” actor has pleaded not guilty to all charges and today called into question the prosecution’s star witnesses, the Osundairo brothers, who they allege Smollett paid to stage the hate crime.

Smollett testified that he wrote a $3,500 check for nutrition and training advice, not as payment for the man and his brother to help him stage the attack.

When asked by defense attorney Nenye Uche about one of the brothers, Ola Osundairo, Smollett said:

But he admitted he did cocaine and visited gay bathhouses with the other brother Bola Osundairo,

Smollett testified that Bola would help him get drugs, including cocaine, but the two also visited a gay bathhouse in Chicago.

Smollett testified they got a private room and “did more drugs and like, made out.”

On a separate occasion, Smollett told jurors he and “Bon” snuck away from “Ola” after the three were at a female strip club together. Smollett testified they again got a private room and “made out a little bit, masturbated together.”

“Bola” Osundairo denied this during his testimony earlier in the trial and said he “didn’t know” there was even any sexual tension.

Separately, Smollett told jurors about frequently smoking and driving as a way to write music and as a substitute for not being approached by fans on the street.

“You couldn’t just walk down the street,” he testified as he mentioned these trips would also include drives around his own neighborhood smoking a blunt.

Smollett would do these drives by himself, but has also had others in the car while doing so, including “Bon” at a frequency of “too many to count.”

He began his testimony by recounting his humble upbringing and how close he is to his family. He also talked about the process with which he got his job on “Empire” and laid out that he began making $28,000 per episode in Season 1 before ultimately getting $100,000 by Season 5.

He said it was during Season 4 that he first met Abimbola Osundairo, who he referred to as “Bon.” He says that they first met in 2017 or 2018 and did drugs that night. Specifically, he says they typically did cocaine and marijuana together with Smollett supplying the pot and Osundairo getting the cocaine for roughly $200 from Smollett.

He said that Osundairo took him to a gay bath house where he had a private room and they made out while doing more drugs.

Jussie Smollett testifies on stand — first night he met Bola Osundairo they did weed and cocaine together then went to a club. Then went to a bath house together.

Smollett testifies he and Bola Osundairo got private room in gay bath house. Did more drugs and “made out.” There was “touching.”

Democrats In The Media Start To IMPLODE As Reality Sinks In About Biden, ‘People Wanted To Feel…