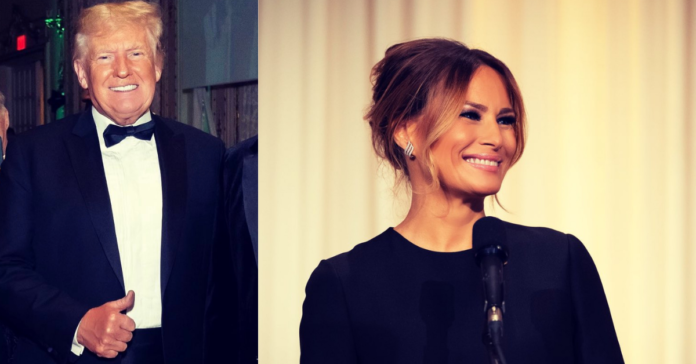 TMTG Digital World Acquisition Corp. (DWAC) said that it received “subscription agreements for $1 billion in committed capital” would be received once TMTG and Digital World are combined.

“$1 billion sends an important message to Big Tech that censorship and political discrimination must end. America is ready for TRUTH Social, a platform that will not discriminate on the basis of political ideology. As our balance sheet expands, TMTG will be in a stronger position to fight back against the tyranny of Big Tech,” Trump said in a statement.

“I am confident that TMTG can effectively deploy this capital to accelerate and strengthen the execution of its business, including by continuing to attract top talent, hire top technology providers, and roll out significant advertising and business development campaigns,” Digital World CEO and Chairman Patrick Orlando said.

Shares of DWAC, which had been trading as high as $175 per share right after the merger was disclosed, were trading at around $44 per share on Wednesday.

Late Wednesday afternoon, Reuters reported that Trump’s new company is trying to raise up to $1 billion by selling shares to hedge funds and family offices at a price higher than its initial pre-merger valuation of $10 a share.

Trump and Orlando issued a press release that said:

“Together, the transaction will provide estimated proceeds of approximately $1.25 billion (after deducting estimated deal expenses), assuming full delivery of the amount of cash held in trust by DWAC, to be used to fund operations of the combined entity.

“The per-share conversion price of the fully committed convertible preferred stock PIPE transaction represents a 20% discount to DWAC’s volume-weighted average closing price (“VWAP”) for the five trading days prior to and including December 1, 2021, subject to downward adjustment.

“If the VWAP of the combined entity for the 10 trading days after the closing of the business combination (“Closing VWAP”) is at or above $56, no downward adjustment will occur. If the Closing VWAP is below $56, then the conversion price shall be adjusted to the greater of a 40% discount to the Closing VWAP and the floor price of $10.00.

“The PIPE financing is subject to customary closing conditions, including stockholder and regulatory approval, and is expected to close upon or shortly after the consummation of the business combination.”

BREAKING: Former President Trump’s new social media venture aims to raise up to $1B by selling shares to hedge funds and family offices at several times the valuation it commanded in a deal with a blank-check acquisition firm in October, sources said. https://t.co/ZT6rT7ppJw pic.twitter.com/xSARc33XgO