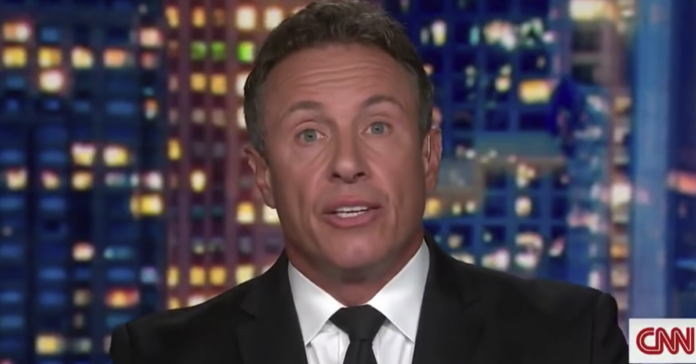 The claim came from attorney Debra S. Katz who is representing the accuser, a “former junior colleague at another network.” The allegation is “unrelated to the Gov. Andrew Cuomo matter.”

Katz said her client “came forward because she was disgusted by Chris Cuomo’s on-air statements in response to the allegations made against his brother, Gov. Andrew Cuomo.”

A CNN spokesperson said: “Based on the report we received regarding Chris’s conduct with his brother’s defense, we had cause to terminate.

“When new allegations came to us this week, we took them seriously, and saw no reason to delay taking immediate action.”

Steven Goldberg, a spokesman for Cuomo, said “These apparently anonymous allegations are not true. If the goal in making these false and unvetted accusations was to see Mr. Cuomo punished by CNN, that may explain his unwarranted termination.”

Shelley Ross, a veteran TV producer, went public in September, penning a guest essay in The New York Times alleging that Cuomo squeezed her buttock at a work function in 2005 while the two of them were colleagues at ABC News.

She shared the email he had sent to her apologizing for the incident.

“It is always disturbing to watch someone’s fall from grace,” Ross told Fox News in reaction to Cuomo’s firing.

“I am glad that CNN will fall on the right side of history. Those who harass women, strategize to silence or smear those who come forward, must be held accountable,” Ross added.

“It was not fully clear what role the allegation played in CNN’s decision to dismiss Mr. Cuomo.”https://t.co/9tU8v7sPkV

No comment from Cuomo yet. More detail from @grynbaum @koblin and me https://t.co/LIaJwYhVrN