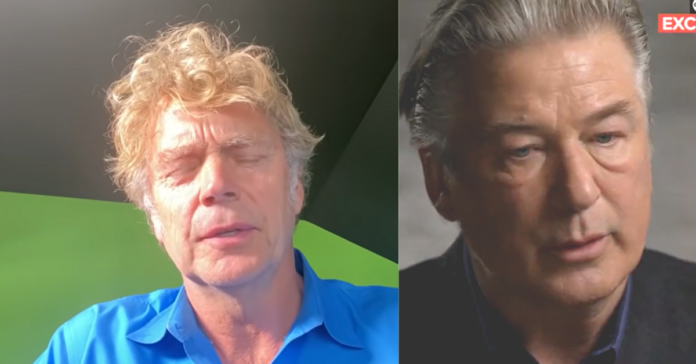 Dukes of Hazzard star John Schneider called BS on Alec Baldwin after Baldwin did an ABC interview with George Stephanopoulos to tell his side of the fatal “Rust” movie set shooting.

Schneider was not buying Alec’s spin saying the interview was “all designed to make us feel sorry for Alec Baldwin” before adding that Baldwin’s tears during the interview were “bulls–t.” Schneider questioned Baldwin’s story asking if people are supposed to “believe that a gun went off by itself.”

“This is a wonderful business we all work in. We are honored and privileged to be part of it,” Schneider said. “So when someone takes a crap – which obviously George and Alec have done here and obviously this woman is still deceased. Her family is still without a mother, without a wife. This is absurd.”

“Three weeks ago, it was a prop gun. Four weeks ago, nobody knew how in the world this real weapon was loaded on the set,” Schneider said. “Today, he didn’t pull the trigger.”

He continued: “What kind of idiots do you take us for? Guns do not go off by themselves.

“Let us not forget this was a single-action – it was not a Colt, it was a replica – a single-action weapon needs to be cocked and fired. So what kind of idiots do you take us for?

“Why in the world anyone would look at an interview with George as being anything enlightening or having a modicum of truth, I don’t know,” Schneider said.

Schneider added that he is “incredibly embarrassed for” Stephanopoulos “because, my God, why are you perpetuating this BS?”

“She’s guiding me through how she wants me to hold the gun for this angle,” Baldwin said. “I’m holding the gun where she told me to hold it, which ended up being aimed right below her armpit.”

“So you never pulled the trigger?” Stephanopoulos asked.

“No, no, no, no, no,” Baldwin said. “I would never point a gun at anyone and pull a trigger at them. Never. Never. That was the training that I had.”

.@GStephanopoulos: “Do you feel guilt?”

Alec Baldwin: “No. Someone is responsible for what happened and I can’t say who that is, but I know it’s not me.”