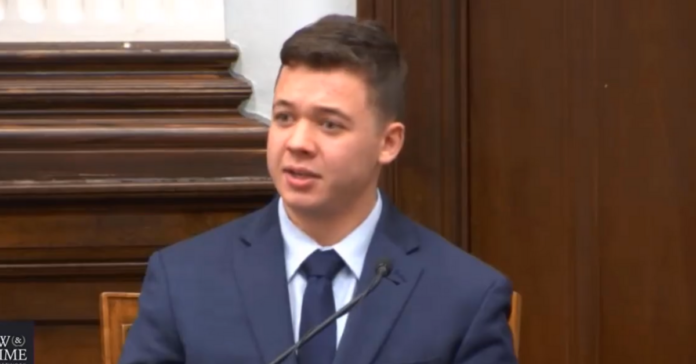 Facebook has reversed course and will allow Kyle Rittenhouse back on its platform and all other Meta owned platforms after the teenager was acquitted on all charges.

Facebook will also no longer limit users from searching for or praising Kyle Rittenhouse. Facebook will continue to remove posts that glorify the deaths and violence involved in Kenosha but users will again be able to express support for Rittenhouse, said Andy Stone, a Facebook spokesman.

“After the verdict in Kenosha we rolled back the restrictions we had in place that limited search results from returning content related to key terms including Kyle Rittenhouse,” Stone said.

“While we will still remove content that celebrates the death of the individuals killed in Kenosha, we will no longer remove content containing praise or support of Rittenhouse.”

Two days after the shooting Facebook imposed the restrictions on Kyle because they described the incident as a “mass murder.”

Even though people were allowed to talk about Mr Rittenhouse on the platform, a search of his name would result in a list of blank pages.

The verdict also brought into question whether Facebook had over-corrected in moderating Rittenhouse-related content in such a way.

Facebook has rescinded its block on searches for Kyle Rittenhouse, the teenaged gunman who killed two and wounded another with an AR-15-style rifle during Black Lives Matter protests and civil unrest in Kenosha, Wisconsin in August 2020.

The decision comes after Rittenhouse was found not guilty of two counts of murder and one charge of attempted homicide. Rittenhouse will also be allowed back on Facebook and its sister company Instagram.

Facebook didn’t prohibit users from mentioning Rittenhouse or discussing the trial, but it did block searches for his name and banned his accounts, citing a policy on mass shooters.

Brian Fishman, then Facebook’s director for counterterrorism and dangerous organizations, also tweeted the network would remove praise for Rittenhouse’s actions and said the company had “designated the shooting as a mass murder.”