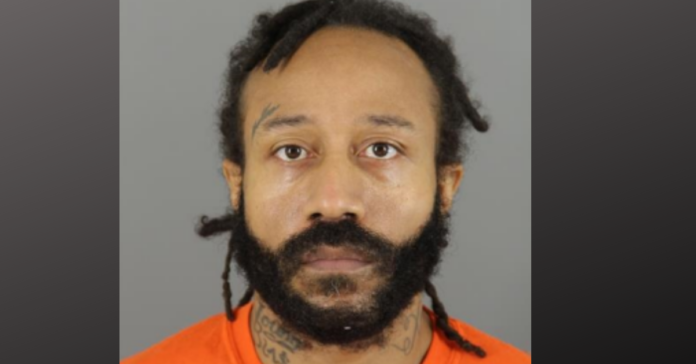 Darrell Brooks, 39, was charged with five counts of murder after he allegedly plowed through a Christmas parade in Waukesha, Wisconsin. He was out on bail after being charged with purposely running over a woman with his vehicle on November 5.

Waukesha Police say Darrell Brooks “intentionally drove his maroon SUV through barricades into a crowd of people” at the Christmas parade. They say he acted alone. The police chief said there was no police pursuit that led to this incident.

The Dem DA in Milwaukee was a promoter, like so many other liberal DA’s who are ruining cities from Chicago to San Francisco, of reforming the bail system. They sold the idea to the public because they promised the reforms would only apply to nonviolent offenders. That is clearly not the case.

The DA now says Brooks’ bail was ‘inappropriately low’ for his most recent domestic violence charge. In that case, remember this happened just a few weeks ago, on November 5, the victim said Brooks “intentionally ran her over with his vehicle while she was walking through a parking lot.”

“EAP reported that she was walking eastbound on W. Appleton to the BP Gas Station at 7311 W. Capitol Drive. EAP reported that BROOKS followed EAP there and pulled up besides EAP and told EAP to get into the vehicle. EAP refused to get into the vehicle and BROOKS, intentionally and without consent, struck EAP in the face with a closed fist. EAP walked away from BROOKS.

“EAP reported that BROOKS then, intentionally and without consent, ran EAP over with his vehicle while EAP was walking through the parking lot of the BP gas station.”

“Below is the summary of pending charges against Mr. Darrell Brooks: On July 27, 2020, the Milwaukee County District Attorney’s Office issued two counts of second-degree Recklessly Endangering Safety and Felon In Possession of a Firearm in case2020CF002550.

“Cash bail was originally set at $10,000 and subsequently reduced to $7,500.Unlike some other states, Wisconsin requires payment for the full amount of bail set in any criminal case.

“The case was adjourned and bail reduced to $500, which the defendant posted on February 21, 2021. On November 5, 2021, the Milwaukee County District Attorney’s Office issued against Mr.Brooks charges of Second Degree Recklessly Endangering Safety, Felony Bail Jumping, Battery, Obstructing an Officer, and Disorderly Conduct in case 2021CF004596.

“The most recent case against Mr. Brooks was appropriately charged. The State made a cash bail request in this case of$1,000, which was set by the court.

“The defendant posted $1,000 cash bail on November 11, resulting in his release from custody. The State’s bail recommendation in this case was inappropriately low in light of the nature of the recent charges and the pending charges against Mr. Brooks.

“This office is currently conducting an internal review.”

The suspect was just charged with five counts of intentional homicidehttps://t.co/5VJqh0UVXk

BREAKING: The Milwaukee Co. District Attorney says Waukesha suspect Darrell Brooks should not have been released on such a low cash bond earlier this month. They are conducting an internal review.#Waukesha #waukeshaChristmasParade pic.twitter.com/GmUNOkwLpg

'That's What The Act Says': Reporter Grills Tlaib For Not Understanding Bill She Supports