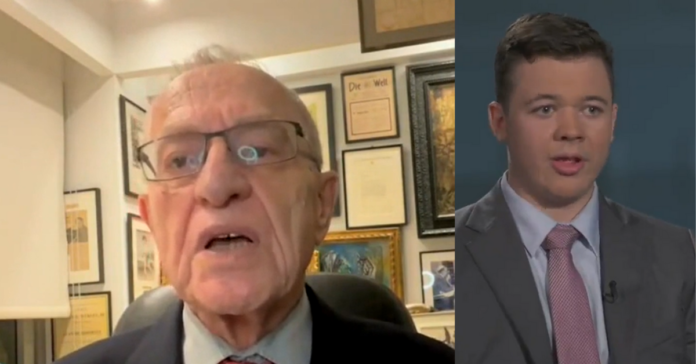 Alan Dershowitz went on Fox News to talk about the Rittenhouse verdict and sent a message to CNN about what is coming next. Dershowitz is in the process of suing CNN for things they said about him and he offered his research to Kyle and his legal team. He thinks Kyle has a strong case.

“All three of us agree that based on the law and evidence in this case, it was the right outcome. What do you think?” Sean Hannity asked Dershowitz.

Alan said: “Critics and people who support the conviction just heard a different case. They heard a case of white supremacists crossing state lines with an AR-15 who had no business being in the place that he went to.

“He was not chased and had no fear for his life. That’s what CNN told their viewers. I hope that Rittenhouse sues CNN.

“I will make an offer.

“I will share my research about CNN with Rittenhouse and his lawyers. I am suing CNN because they totally distorted and edited a tape of my defense of President Trump.

“They have a history of distorting facts to present a narrative. I think that you have to distinguish between opinions and facts.

“You can’t see somebody for calling Rittenhouse a vigilante. That’s an opinion. You can sue them for saying he crossed state lines with an illegal weapon or he was a white supremacist.

“I am a strong supporter of the First Amendment that CNN and others have to be held accountable for lying about individuals and creating an expectation of a conviction in a case where there was no possibility of a conviction for anybody who saw the trial live on television,” he said.

Alan Dershowitz calls @CNN out for presenting a false set of facts and a contrived narrative against Kyle Rittenhouse. #Hannity pic.twitter.com/6QM52sjSX0

Those saying CNN shouldn’t be worried about lawsuits need only watch their recent report to see … their general counsel is VERY concerned.