I have seen a lot of really dumb “Kyle Rittenhouse” tweets from low-info liberals. And some of them are just terrible. Like, I read them and I can actually feel the IQ points just melting away.

It’s amazing how dumb the viewers are from CNN and MSNBC. For example, many of the zombies watching those channels believe the following mistruths

Every item listed above is patently false, but this is the garbage that the fake news media has been pushing for going on two years now, so all the liberals are parroting this dumb crap and it’s getting annoying.

It literally feels like you’re in an episode of The Walking Dead, but instead of the zombies swarming you to eat your brains, they swarm you to regurgitate this insane misinformation.

And it’s truly amazing and quite scary to see these MANY people so wildly wrong.

Let me set the record straight:

What was happening in Kenosha was a full-blown riot, with fires, looting, and violence.

Kyle’s mom did not drive him to the “protest.” Kyle’s father, grandparents, and aunt’s and uncles live in Kenosha, and that’s where the LEGAL gun was.

Kyle did not start the altercation. There are SO MANY videos out there that clearly show what happened, please, liberals, for the love of God, watch one.

No, Kyle did not shoot anybody who was black.

Kyle lives in Kenosha when he’s with his dad.

Yes, they charged Kyle with a lot of crimes. Five felonies to be exact.

Jospeh Rosenbaum was a convicted pedophile. His victims were as young as 9-years-old.

Anthony Huber was convicted of strangling his brother and abusing his grandmother, as well as “domestic abuse.” These two losers were not heroes, they were scumbags, who were looking for a “fight” at a riot.

But trying to explain this to liberals is like talking to brick walls or Joe Biden. These lumbering zombies don’t want “facts.” All they want is to be spoonfed lies so they can feel victimized or angry. Liberals want to cry or scream, depending on their bipolar mood swings.

Maria took to Twitter and published two of the dumbest tweets I’ve ever read in my life.

Here’s what this ding-a-ling said in her two mind-numbingly stupid tweets:

“I’m trying to take a beat to digest the Rittenhouse verdict. My son just asked me how it’s possible that he didn’t get charged for anything. How is that possible? I don’t have an answer for him.”

“The idea that someone could be out with a semi-automatic weapon, kill people, and walk is stunning. I look forward to hearing from the jury. This is a moment for them to explain how they came to their decision.”

Now, just to point out, this woman doesn’t have a 7-year-old boy, as this dopey tweet would have you to believe. Her youngest son is actually Twenty-four-years-old. 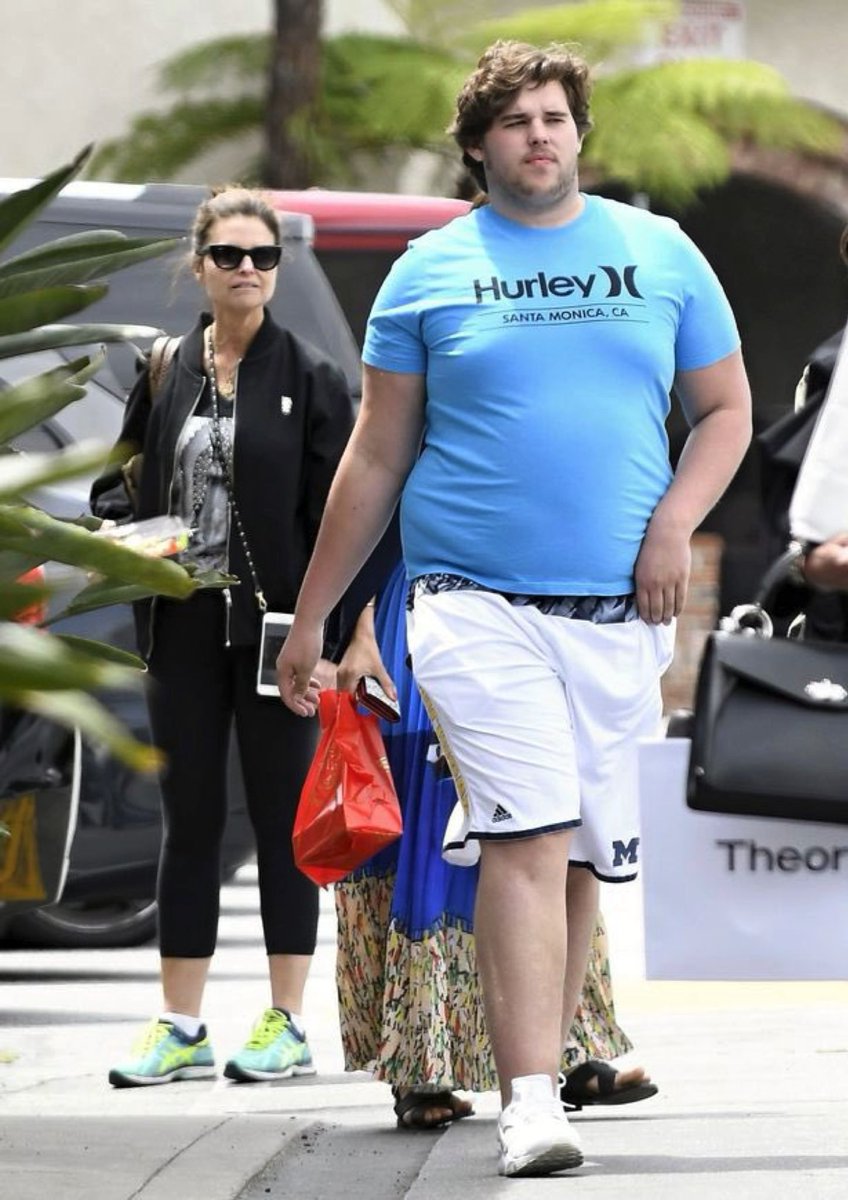 And also, this woman is a so-called “journalist.” It’s unreal how stupid our “elite” class is, right? And to think we used to “revere” some of these people and look up to them. My GOD, what were we thinking?

But, one of the most stunning and tone-deaf parts of these dumbo tweets, is that this is the lady who is a “Kennedy.” And her Uncle, Ted Kennedy, was famously never charged in the “murder” of his mistress, who he left to drown in a car in the Chappaquiddick River.

Way to be a total numb nuts, Maria.

The idea that someone could be out with a semi-automatic weapon, kill people, and walk is stunning. I look forward to hearing from the jury. This is a moment for them to explain how they came to their decision.

And boy, oh boy, did Maria Shriver get an ear-full from people online:

“Maria, this is a picture of your son, Patrick, out with 2 armed bodyguards, shopping in Beverly Hills. You pay people with guns to protect your kids so you can feel morally superior. Why does your kid deserve to be protected with guns but not middle-class kids like Kyle Rittenhouse?”

“Hollywood showing us again that they’re irrelevant and really never know what’s going on. Clearly she doesn’t know the details of the case. So embarrassing “

“It’s beautiful to watch the hypocritical, amoral, and ignorant members of the past “elite” being treated with utter contempt.”

“But he *was* charged. He beat the charges because he was innocent. Since Rittenhouse isn’t a privileged Kennedy-Schwarzenegger spawn, he doesn’t have armed bodyguards to offload his safety onto. He had to protect himself. And he did. Gloriously. Thank God.”

“Evidently you don’t know the facts of the case. Do your homework. They were going to kill him. Self defense is a right”

“I’m trying to take a beat to digest how a grown-up woman’s husband is f**ingg her maid and having a child with the maid and the dumb wife didn’t see it! My son just asked me how it’s possible? I don’t have an answer for him “

“Your youngest son is 24. Tell him to fucking Google it.”

“Hmm, she must’ve forgotten about her uncle. #Chappaquiddick“

“Did your son also ask “How did Uncle Teddy not get charged with anything? How was that possible? ” I do have an answer for him on that one. Sit this one out, your lack of self-awareness is staggering.”

“Poor Maria is taking a beating for having a stupid son”

“Wait until your son asks why Uncle Teddy let a woman drown & didn’t try to get her help for 11 hours (*or until the family had done damage control). That’ll be an even tougher day for u.”

“Your son Doesn’t understand trial by jury? I guess not since Kennedy’s can kill anyone and not even be charged.”

“This woman used to be a “reporter”…and is clueless about the law. “

“Here’s a quick lesson, Shrek. Self-Defense: Kyle was attacked and his attackers are dead because he defended himself from being killed. Murder: Your uncle killed a woman, didn’t report it for 24 hours and got away with it just because he was a Democrat.”

Whew. That was just a small fraction of the responses Maria got. I have a feeling next time her dopey adult kid asks her a dumb question, she’ll probably avoid posting it on Twitter.

If There Is Anyone Who Should Be Concerned About Kamala Harris Taking Over, It Should Be The Democrats