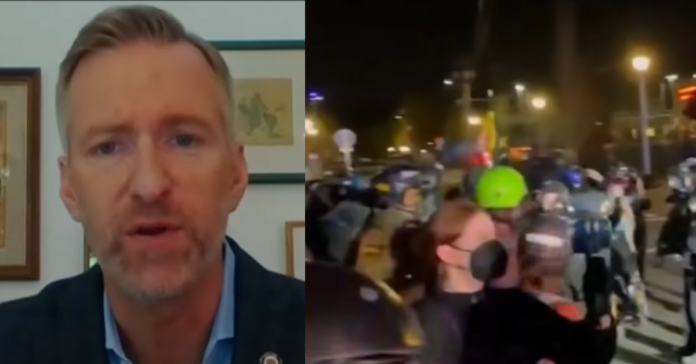 Portland has become the latest Dem city to revolt against mismanagement and woke BS and just voted to refund its police department after cutting the police budget last year. Funny how that works. The city saw murder rates spike to levels not seen since the 1980s.

The Portland City Council unanimously passed a fall budget that added back $5.2 million of the $15 million it cut from police last year.  Portland Mayor Todd Wheeler said ahead of the vote:

“The issues we are facing are evident and Portlanders have been clear in their call for urgent action and improved results. Our houseless community needs resources and access to sanitary and stable shelter. Portlanders in crisis need the right responder to show up and assist them in a reasonable timeframe.

“And small businesses need to know that sidewalks covered in trash, boarded windows, and vandalism will not be the norm as we strive to support our local economy.

“This funding package is our opportunity to make an immediate financial commitment to creating greater, sustainable change in the long term.

Last year, the city council voted to decrease the police budget by $15 million in the wake of protests and riots following the police killing of George Floyd. Portland police spent over $12 million to respond to near-nightly riots in the summer and fall of 2020.

An additional $19 million is allocated toward increasing the number of beds at homeless shelters, expanding a city program that cleans refuse from unauthorized homeless encampments, and increase outreach by behavioral health workers toward the homeless population.

In June 2020, the Portland City Council and the mayor answered by cutting $15 million from the police budget. An additional $12 million was cut due to pandemic-caused economic shortfalls.

As a result, school resource officers, transit police and a gun violence reduction team – which was found to disproportionately target Black Portland residents during traffic stops, according to an audit in March 2018 – were disbanded.

Now, a year and a half later, officials partially restored the cut funds.

The added police spending is occurring amid a year of a record number of homicides, the city’s greatest police staffing shortage in decades and reform recommendations made by the U.S. Department of Justice.

Last month, the city surpassed 66 homicides – breaking the record set in 1987 with three months left in the year.

Portland REFUNDS the police: Department gets an extra $5.2M https://t.co/iGN7vyP6KQ