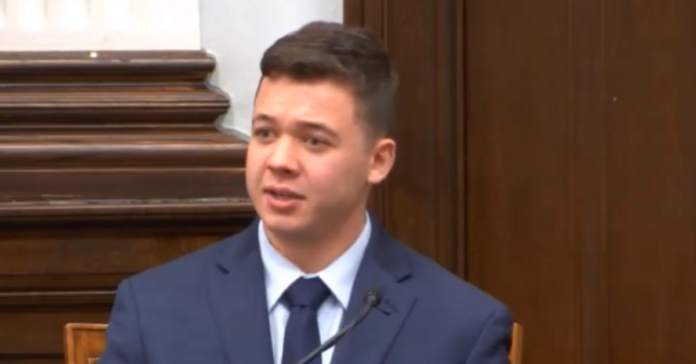 The media did a terrible job reporting on the Kyle Rittenhouse case and as it went to trial most hoped they had learned their lesson. Tragically, they have not, setting up a false narrative about Kyle that will be shattered if the jury acquits. Which seems highly likely if the judge doesn’t order a mistrial first due to prosecutorial misconduct.

For example, CBS tweeted out that Kyle testified that he ‘murdered two people’ which Kyle never did. They deleted the tweet but that is just an example of the subtle ways they paint false narratives.

“Kyle Rittenhouse testified in his murder trial yesterday, breaking down in tears as he told the jury he murdered two men at a Black Lives Matter protest last year in self defense,” CBS tweeted.

Rittenhouse did not say that he “murdered two men.”

When questioned by Kenosha County Assistant District Attorney Thomas Binger Kyle said he “stopped the threat” against him and feared for his life.

“I did what I had to do to stop the person who was attacking me,” Rittenhouse said.

“By killing them?” Binger said.

“Two of them passed away but I stopped the threat from attacking me,” said Rittenhouse.

“I didn’t know if it was going to kill them.

“But I used deadly force to stop the threat that was attacking me.”

Oh, well, then. No need for trials, CBS News has delivered its verdict! https://t.co/XvnrhEm8mr

When you could just report the story straight but you jump at the chance to put it in a lawsuit-worthy frame instead. https://t.co/LSfRgUXdiB

Again, a lot of Rittenhouse coverage and commentary is straight up libelous. https://t.co/FqSJZNLkRe

Ron DeSantis Warns Joe Biden: "I will send them to Delaware and do that if he’s not going to support the border being secured, then he should be able to have everyone there”