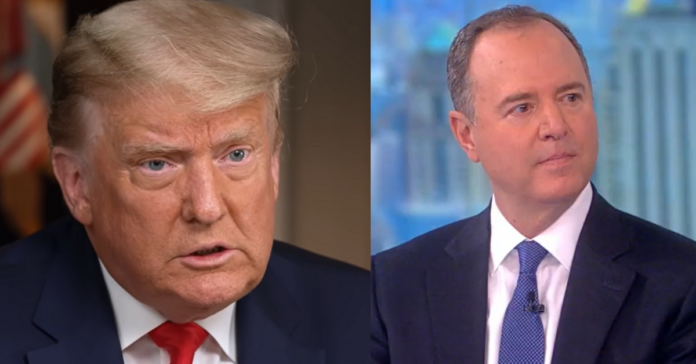 The DC Circuit Court handed former President Donald Trump a small win and granted his stay to stop the Biden administration from turning over records Trump believes are privileged to Congress.

The record would have been handed over to Congress tomorrow. The Court will hear oral arguments Nov. 30. If Trump loses he can appeal to the full Circuit Court. That will take at least another month or so. Then Trump will appeal to the Supreme Court and all bets are off when it gets there.

So Congress is not getting the documents or testimony from Kayleigh McEnany any time soon. “The purpose of this administrative injunction is to protect the court’s jurisdiction to address Trump’s claims of executive privilege and should not be construed in any way as a ruling on the merits,” the court said.

“If no administrative injunction issues from this Court, then the records at issue will be produced on November 12, at 6:00 p.m,” Trump’s appeal said. “Put simply, this motion seeks only a brief pause in the production; it will not prejudice the other arguments or requests to be made by the parties in this important appeal.”

“The legislative and executive branches believe the balance of equities and public interest are well served by the Select Committee’s inquiry.

“The court will not second guess the two branches of government that have historically negotiated their own solutions to congressional requests for presidential documents.”

The injunction comes after a frantic week of court filings, with Trump’s legal team scrambling to head off the Friday deadline despite a federal judge ruling Tuesday the documents must be released.

U.S. District Judge Tanya Chutkan said in her decision that Trump had little authority as a former president to interfere with the exchange between the executive legislative branches.

Trump quickly appealed and asked Chutkan to stay her own decision while the legal challenge continued in the D.C. Circuit. The judge on Wednesday declined, forcing Trump to file an emergency motion with the appeals court.

BREAKING: The DC Circuit Court of Appeals has granted a brief hold on the Trump executive privilege decision, setting a schedule that includes arguments on Nov. 30. pic.twitter.com/K0uUjpjJKx

Malkin Shares What Every Parent Must Know