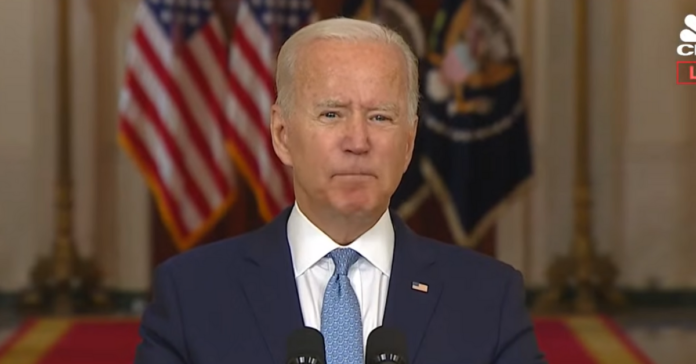 U.S. Inflation is up 6.2% year-over-year. That’s the highest increase in 31 years dooming President Joe Biden to lame duck status early into his term. Inflation was up 0.9% in October alone, a much higher increase than 0.4% in Sept. and 0.3% in August. Prices are rising for food, energy, shelter, cars, etc.

“The monthly all items seasonally adjusted increase was broad-based, with increases in the indexes for energy, shelter, food, used cars and trucks, and new vehicles among the larger contributors,” the Bureau of Labor Statistics said.

“President Biden has clearly recognized the stress that even a small amount of inflation can bring to family budgets, and he has told his team to carefully track these developments and consider both near- and longer-term ways to ameliorate the recent trend,” said Jared Bernstein, member of the White House Council of Economic Advisors.

While there are many causes for Biden’s inflation, surely throwing more money into the system, which seems to be Biden’s plan, will only make it worse.

But it gets worse for Joe Biden. The only answer is the free market.

But what if swampy politicians like Biden have over the last 30 years created, whether on purpose or through bad luck, monopolies across industries that only give the illusion of choice to consumers?

You want to cancel AT&T, good luck, Comcast is worse. How will a market correct itself in time to save Joe Biden under those conditions?

For forty years, everyone but logistics professionals have had the luxury of ignoring the details of how we make, ship, and distribute things. Stuff just kind of showed up in stores for consumers. Economists who talk about the broad economy, meanwhile, were obsessed with money; they thought about the Fed printing more or less of it, or taxing and spending. They too assumed stuff just kind of shows up in stores.

Yet, using this macro-framework is oddly divorced from what people are experiencing. Much of the handwaving – the assumption that things will return to the way they were and it’s just a matter of waiting, or that everything is driven by money printing or government spending – reflects the intellectual habits borne from not having to think about the flow of stuff.

There is a third explanation for inflation and shortages, and it’s not simply that the Fed has printed too much money or that Covid introduced a supply shock (though both are likely factors.) It’s a political and policy story. The consolidation of power over supply chains in the hands of Wall Street, and the thinning out of how we make and produce things over forty years in the name of efficiency, has made our economy much less resilient to shocks. These shortages are the result.

Uber’s attempt to monopolize the taxi market with cheap prices, and the resulting shortage years later after the market was ruined, is a very simple way to understand the situation, if you imagine that taking place across multiple industry segments beyond taxis. Monopolistic business models often appear to be efficient or good for consumers – for a time – but end up destroying productive capacity on the backend, which then creates or worsens a shortage. In that case, cab drivers, who used to be able to make a reasonable living, haven’t really come back.

Two years ago, I coined the term “Counterfeit Capitalism” to describe this phenomenon. I focused on the fraudulent firm WeWork, which was destroying the office share market with an attempted monopoly play turned into a straight Ponzi scheme, enabled by Softbank and JP Morgan. Like counterfeiting, such loss-leading not only harms the firm doing the loss-leading, but destroys legitimate firms in that industry, ultimately ruining the entire market.

In the gig economy, the consequences are becoming clear, as Kevin Roose of the New York Times noted a few months ago in a story titled “Farewell, Millennial Lifestyle Subsidy.” But beyond Uber and the gig economy, or firms like Amazon that pursue loss-leading strategies, such destructive business practices are also routine.

Take lumber, whose pricing increased dramatically earlier this year. As Sandeep Vaheesan pointed out, there’s a very clear predatory pricing monopoly story here. In the early 2000s, Ross-Simmons Hardwood sued lumber giant Weyerhaeuser Co. A key cost for lumber mills is the price of logs, and Ross-Simmons accused Weyerhaeuser of artificially paying more for logs to drive competitors out of business. This practice was similar to Uber incurring losses to subsidize the cost of rides to underprice taxis and capture the market, only in this case it was Weyerhaeuser incurring losses to keep the price of logs higher than they should be.

As Vaheesan put it, this behavior changed the market. “Why invest in sawmills,” he asked, “if dominant players will buy up necessary inputs as a means of crushing the margins of competitors?” Though a jury agreed that Weyerhaeuser was engaged in predatory conduct, in 2007, the Supreme Court ruled in favor of Weyerhaeuser. And whaddya know, during the pandemic lumber prices spiked, even as tree growers didn’t see the benefit. More broadly, this ruling undermined small producers in capital heavy industries, who had less of a reason to invest in capacity.

This decision, like many others, was part of a forty year trend of facilitating monopolies. It wasn’t necessarily done in bad faith; policymakers followed the lead of economists, who believed dominant firms were dominant because they were efficient. This faith in efficiency over all else meant that the public structuring of markets to force resiliency – aka regulation – was illegitimate. So too were attempts to use public rules like tariffs to retain domestic production of key goods.

Alas, this philosophy has led to a series of bottlenecks in our supply chains, which are now global. After all, what else is a monopoly but a business model designed to secure or create a bottleneck? It is those bottlenecks that are worsening, or in some cases, creating the shortages we see all around us, on a worldwide scale.