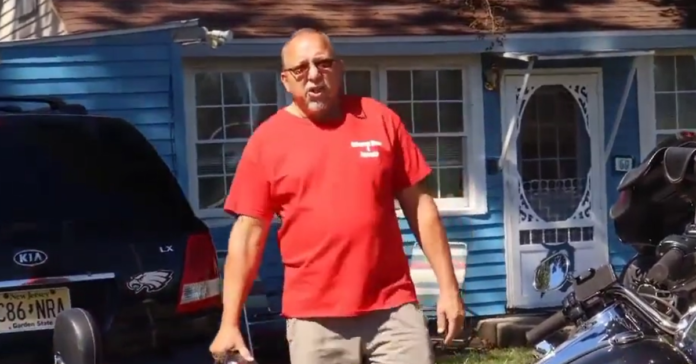 Edward Durr, a conservative truck driver who reported spending only $153 on his campaign as the GOP candidate to take on the second most powerful Dem in New Jersey, is winning his race. Durr is leading Steve Sweeney, the longest serving legislative leader in NJ history, by 2,009 votes and seems poised to send a shocking message to the corrupt Dem establishment.

“Well, I’m a numbers guy and I’ve looked at the numbers over the years,” Durr said in an August. “We have a district that is 150,00 voters. Senator Sweeney has never broken 32,000 votes and so I felt if he can’t even get half the district, that means there’s numbers out there to be taken, and you just have to get people to come out and vote. I believe if they come out and vote, we could win.”

From The New Jersey Globe:

Senate President Steve Sweeney, the longest-serving legislative leader in New Jersey history, is on the verge of losing his own State Senate seat in what could be a stunning political upset.

Sweeney’s defeat would cause a total realignment of politics in New Jersey, and most immediately creates a wide-open race for Senate President.

Democrats lost bids to flip two GOP Senate seats and appear to have lost two or three more, something that could reduce their majority from 25-15 to 22-18.

Sweeney has held the District 3 seat since 2004. It encompasses parts of Cumberland and Gloucester counties, as well as Salem County.

A loss would also raise questions about the political power of South Jersey Democratic boss George Norcross, who has been aligned with Sweeney for decades.

Republicans seem likely to take several seats in addition to Sweeney’s in an unexpected election day that also saw Gov. Phil Murphy contesting his seat in a closer-than-expected race that as of Wednesday afternoon remained too close to call.

This is the New Jersey truck driver who is beating the NJ Senate President after spending only $153 on his campaign – Go Ed Durr!!
pic.twitter.com/OoqysjYprb

Biden Voters Turn on Him, Trump Now Beating Him in Hypothetical 2024 Matchup: Poll