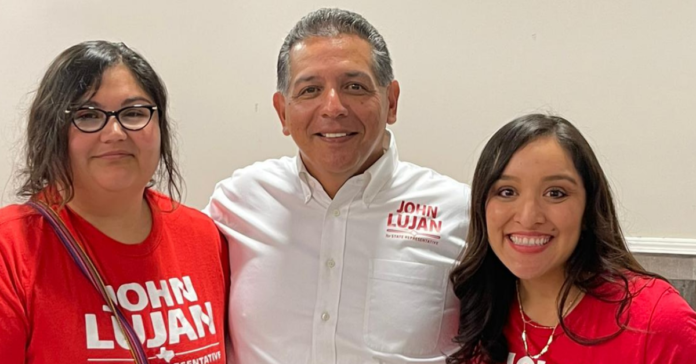 The Dems had a terrible night last night. They saw sweeping losses across the country that portend doom for them in the midterms. But one special election in Texas may be the most telling of what is coming.

Most media outlets won’t mention the fact Trump increased his minority support from 2016 to 2020. Doing so would destroy their narrative but it happened. And it happened again last night in a Texas special election. The GOP candidate for a Texas House seat, in a Hispanic district Biden won by 14%, just flipped that seat from blue to red in a special election.

John Lujan said: “I’m a blessed man to win this for the second time, and to be the only Republican ever to win this seat, I think, is really important for us down here.” He added that his victory is part of a “big movement for conservatism” within the Hispanic community.

He added: “Our district has been blue for years, but the red wave has started.” Democrat Frank Ramirez conceded in a statement.

“We didn’t make it over the line tonight. But we gave Texas Republicans a run for their money at every single step.”

The seat on San Antonio’s South Side favors Democrats and Biden carried it by 14 percentage points last year. But the GOP had gone all in to capture the seat, hoping to score an early victory in their quest to make new gains in South Texas after Biden’s underwhelming numbers throughout the region.

One of Lujan’s backers, the Associated Republicans of Texas, said in a statement that Lujan’s election “marks the beginning of Republicans winning Democrat-held seats in South Texas in the 2022 election cycle.”

Lujan’s win was driven by a surge in election-day votes. After losing the early vote by 2 percentage points, he won the ballots cast Tuesday by 10 points.

Lujan was the top finisher in the special election in late September, getting 42% of the vote, while Ramirez placed second with 20%. There were two other Democrats running, as well as one other Republican.

Our district has been blue for years, but the red wave has started. https://t.co/JdHvRCFeXl pic.twitter.com/MKb648V0IL