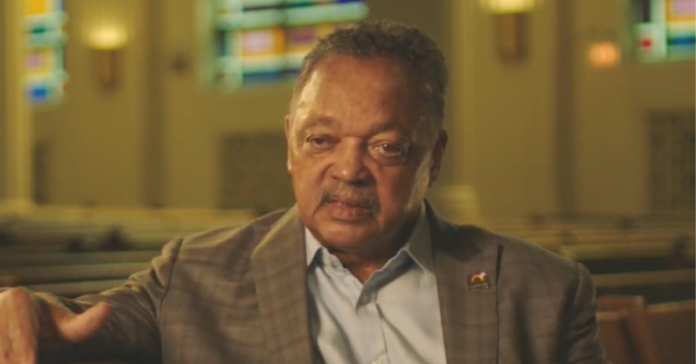 Rev. Jesse Jackson was hospitalized yesterday after he fell and hit his head while entering a building at Howard University in Washington, D.C.

Jackson is 80 and was recently hospitalized with complications from the virus. He was attending a meeting with Howard President Wayne A.I. Frederick and students protesting mold and rodents in their residential halls.

“When Rev. Jackson entered a building on campus, he fell and hit his head. His staff took him to the Howard University Hospital where various tests were run including a CT scan. The results came back normal. However, hospital officials decided to keep Rev. Jackson overnight for observation,” the Rainbow PUSH Coalition said.

“We can confirm that Rev. Jackson was taken to the hospital by a university administrator and was later joined by Dr. Wayne Frederick. Our prayers are with the Jackson family,” Howard University said on Twitter.

Jackson was taken to Howard University Hospital where a CT scan and tests came back normal, according to Fox News.

Students at Howard University have been protesting since mid-October against what they say are substandard living conditions such as mold, mice and roaches in campus dorms.

Black leaders have rallied around the students at the historically Black college, who have been assembling for sit-ins to demand that the university address their concerns.

Jackson, who has Parkinson’s disease, has previously been hospitalized at least twice this year.

He was admitted to a Chicago hospital for a breakthrough COVID-19 infection in August and required weeks of physical therapy afterwards.

He also had gallbladder surgery earlier in the year.

Family, he’s resting comfortably & doing well: we thank u 4 ur prayers! Fighting 4 u is what he’ll always do. His goal is 2 ensure the well-being [email protected] students: #MissionAccomplished

While meeting with various administrators, including Dr. Wayne Frederick, Rev. Jackson sustained an injury upon entering the Blackburn Center. Our thoughts and prayers are with Rev. Jesse Jackson and his family at this time.

Ron DeSantis Warns Biden Against $450K Payouts: “A slap in the face to every American who works hard and plays by the rules"