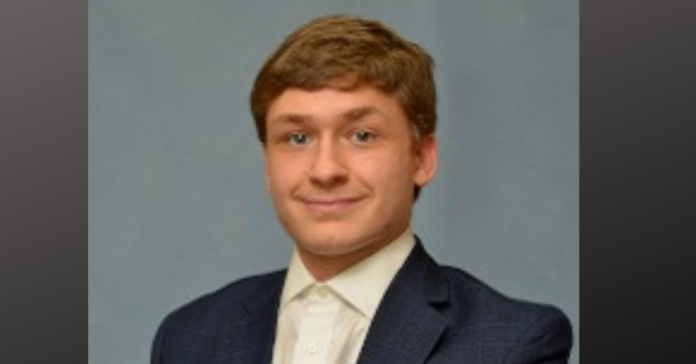 A Dem lawmaker from Kansas has been arrested for domestic violence. Kansas Rep. Aaron Coleman was arrested at 8:15 p.m. Saturday by Overland Park police. He was booked the Johnson County Jail at 12:45 a.m. Sunday for domestic battery. Court records show he is still in the slammer.

“Given what little we know about the situation, I am concerned for everyone involved,” Kansas House Speaker Ron Ryckman said. “I know that law enforcement will thoroughly investigate and assess the situation so that we can take appropriate action.”

Earlier this month Coleman was banned from Kansas Department of Labor property after state officials said he berated a police officer while trying to enter the headquarters.

Coleman has been accused of hitting, choking and leaving violent messages with an ex-girlfriend. He has also suggested he wanted a former Republican lawmaker to die of COVID-19 and promised to arrange a “hit” on Gov. Laura Kelly.

A committee that investigated the claims found sufficient evidence to believe the pattern existed but opted only to issue a letter of reprimand because the abusive behavior occurred before he took office.

From The Topeka Capitol Journal:

The booking report states “no priors” alongside the charge. But Coleman, a 21-year-old legislator from Kansas City, Kan., has a history that includes domestic violence allegations.

Coleman was banned from Kansas Department of Labor premises earlier in October for alleged “disruptive, intimidating and berating” behavior.

Coleman was reprimanded but not formally disciplined last session by a Kansas House committee for behavior prior to his election as a legislator, including allegations of harassment, bullying and stalking.

The panel dismissed charges on the grounds that the actions took place before the first-term lawmaker assumed office. He has been disavowed by Democrats.

…After Coleman defeated Frownfelter in the primary, an ex-girlfriend later came forward alleging he abused her, both physically and verbally, while the pair dated in 2019 and that the harassment continued until his Kansas House bid in 2020.