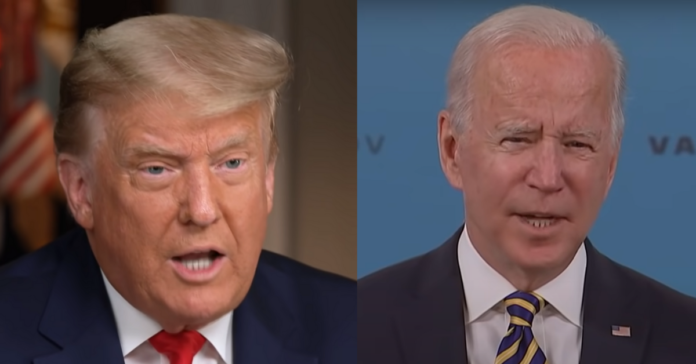 He added that the border was “the greatest we’ve ever had, to the worst, probably one of the worst in the history of the world.”

“It makes absolutely no sense. And you know, I think about this. First, you break the law. You get amnesty with Democrats.

“Now, they are going to pay you for breaking the law.

“I mean, you think we have a problem in a caravan coming towards the border now, and what we have seen over the last several months, wait until the word gets out that you actually get paid for breaking the law to come into our country.

“One of the many stupid policies from this administration,” he added.

The total payout could cost the government more than $1 billion, according to the report in the Wall Street Journal. If the Dems go forward with this plan, the GOP ads hammering them in the midterm write themselves.

According to Yahoo News, one government lawyer threatened to pull his name from the case if the settlement is approved. Senator Chuck Grassley denounced the move saying it was unacceptable.

The Wall Street Journal reported, The Biden administration is in talks to offer immigrant families that were separated during the Trump administration around $450,000 a person in compensation, according to people familiar with the matter, as several agencies work to resolve lawsuits filed on behalf of parents and children who say the government subjected them to lasting psychological trauma.

The U.S. Departments of Justice, Homeland Security, and Health and Human Services are considering payments that could amount to close to $1 million a family, though the final numbers could shift, the people familiar with the matter said.

Most of the families that crossed the border illegally from Mexico to seek asylum in the U.S. included one parent and one child, the people said. Many families would likely get smaller payouts, depending on their circumstances, the people said.

The lawsuits claim the separations caused lasting mental-health problems for the children from the trauma of months spent without their parents.

Sources told the Wall Street Journal that the lawsuits demand a range of payouts, with the average request being about $3.4 million per family.

Lawyers for the families and the government have told courts that they hope to reach a deal by the end of November.

Lee Gelernt, deputy director of the ACLU’s immigrant-rights project and a lead negotiator on one of the lawsuits, argued that the remedy for the separated families “must include not only meaningful monetary compensation, but a pathway to remain in the country,” according to the report.

“President Biden has agreed that the family separation policy is a historic moral stain on our nation that must be fully remedied,” Gelernt noted.

“I’m so proud of what we did with the vaccines. It was us. It was the #Trump administration. We got three of them, therapeutics with Regeneron and all of it… but people have to have freedom, they have to be able to choose.” – Former President Donald Trump #VaccineMandates pic.twitter.com/KSC0RPRYSD

‘We Have to Start Moving On’ – Republican Daily