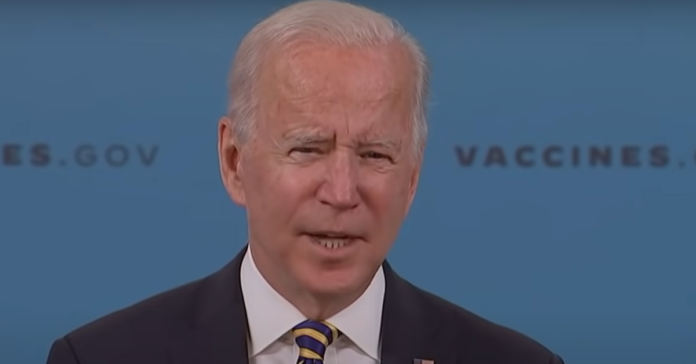 A Washington, D.C., district court judge issued a big blow to President Joe Biden and issued a temporary restraining order that stops civilian and active-duty military plaintiffs from being terminated after they sued the administration over religious exemptions to COVID vaccines.

“None of the civilian employee plaintiffs will be subject to discipline while his or her request for a religious exception is pending,” District Judge Colleen Kollar-Kotelly ordered.

The judge ruled “active duty military plaintiffs, whose religious exception requests have been denied, will not be disciplined or separated during the pendency of their appeals.”

“The Biden administration has shown an unprecedented, cavalier attitude toward the rule of law and an utter ineptitude at basic constitutional contours,” said the plaintiffs’ attorney Michael Yoder.

Yoder continued: “This combination is dangerous to American liberty.

“Thankfully, our Constitution protects and secures the right to remain free from religious persecution and coercion.

“With this order, we are one step closer to putting the Biden administration back in its place by limiting government to its enumerated powers.

“It’s time citizens and courts said no to tyranny.

“The Constitution does not need to be rewritten, it needs to be reread,” he said.

BREAKING: @Yoder_Esq with a HUGE WIN in Church v. Biden.

This is an amazing development from the DC District Court in the stand for OUR RIGHTS against the unconstitutional vaccine mandates. pic.twitter.com/kWus7XQ4pp

Biden admin barred from firing unvaccinated employees after DC judge issues injunction | Fox News
-Church v Biden
*TY to the people continuing to fight for All Americans, no matter the color of your skin or the status of your medical decisions* https://t.co/vXtfEjJwKL

Tucker Carlson Warns Joe Biden Against Plan To Illegal Immigrants: “If you’re an American citizen who is killed in a war defending your country, our government promises to send your family $100,000, that is less than a quarter of what Joe Biden intends to give illegal aliens for the inconvenience of being deported”