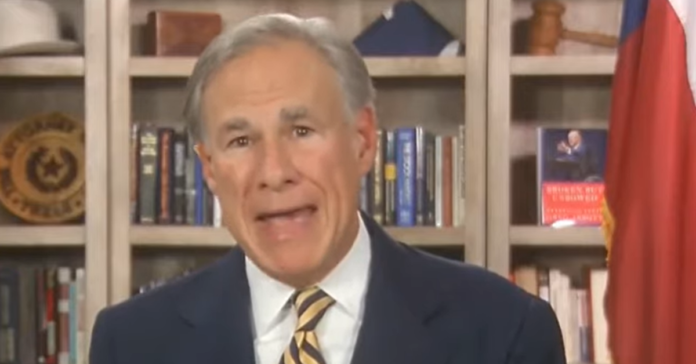 Texas Governor Gregg Abbott sent a message to the United Nations after the international body went after Texas. Greg told the UN to ‘pound sand.’

He was responding to statements made by the leader of the United Nations who said Texas needs to end its reliance on oil and gas production to remain an economic powerhouse in the future.

“It has all the conditions to be – because of the weather in Texas – a leading state in renewable energy in the US.

“Texas is prosperous today because Texas is based on what was the main factor of what was wealth and power in the last century.

“Oil and gas. What we are seeing is, with things changing, the green economy will tend to be preponderant in the future,” Guterres said.

“The world is reeling from spiraling fuel costs caused by premature over-reliance on renewable energy.

After a summer of record-setting heat waves, hurricanes and forest fires, public concern about climate change has reached an all-time high leading into the U.N. Climate Change Conference in Glasgow, Scotland, which gets underway on Oct. 31.

The outcome of this summit, which is also referred to as COP26, may be the single most important factor in determining whether humanity suffers the worst consequences of climate change.

Even by the standards of the United Nations, however, the conference promises to be confusing and complicated to follow. But understanding what is happening in Glasgow is key to knowing what the future may hold for life on earth.

…While the actual negotiations are conducted by high-level government officials, like a country’s environment minister, many heads of state, including President Biden, will also show up to make speeches. The U.S. delegation is being led by former Secretary of State John Kerry and the White House has announced plans to bring several current members of the Cabinet, including Secretary of State Antony Blinken, Energy Secretary Jennifer Granholm, Interior Secretary Deb Haaland, Agriculture Secretary Tom Vilsack and Transportation Secretary Pete Buttigieg as well as Environmental Protection Agency Administrator Michael Regan. Queen Elizabeth II also plans to attend.

The delegates will likely be outnumbered by the legions who come to influence them. Corporations and advocacy groups will set up shop in a giant pavilion on the inside and host panels and press conferences, while environmental activists, many of them young, are planning rallies, marches and other events near the conference.

The world is reeling from spiraling fuel costs caused by premature over-reliance on renewable energy.

While the Biden Administration is MIA, the Lone Star State continues to surge resources and personnel to secure our border. pic.twitter.com/1wRzZy0hQm

Joe Manchin Comes Clean: “I’m totally out of sync with 48 other Democrats”