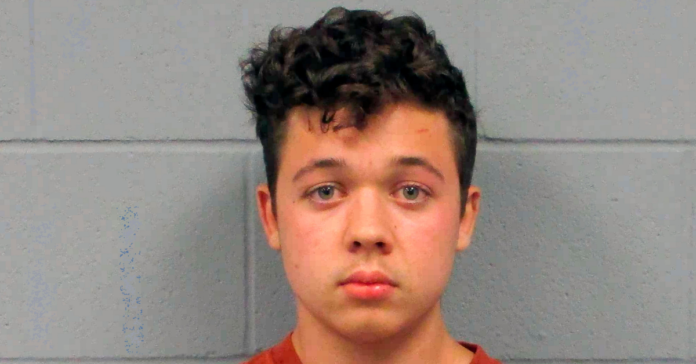 Kyle Rittenhouse’s lawyers won a small victory ahead of his trial when a judge ruled they can refer to the men he shot as “rioters” and “looters,” but prosecutors cannot call them “victims.”

Kyle’s trial begins Nov 1 with jury selection. Circuit Judge Bruce Schroeder said, “If more than one of them were engaged in arson, rioting, looting, I’m not going to tell the defense you can’t call them that.

“He can demonize them if he wants, if he thinks it will win points with the jury,” Schroeder added. “The word ‘victim’ is a loaded, loaded word,” Schroeder said. “‘Alleged victim’ is a cousin to it.”

Rittenhouse has pleaded not guilty to the charges saying he acted in self-defense when he fatally shot Joseph Rosenbaum and Anthony Huber and wounded Gaige Grosskreutz in August 2020.

From The Chicago Tribune:

The ruling — among the last issued by Schroeder before jury selection begins Nov. 1 — clearly frustrated prosecutors, who suggested the judge was creating a double standard by allowing Rosenbaum and Huber to be disparaged when they could not defend themselves.

“The terms that I’m identifying here such as rioter, looter and arsonist are as loaded, if not more loaded, than the term victim,” Assistant District Attorney Thomas Binger said.

The defense intends to argue that Rosenbaum, in particular, posed a danger that night as he threatened to kill people and engaged in arson. None of the acts, however, occurred in the moments immediately preceding the shooting.

“The behavior of many people there was lawless,” defense attorney Mark Richards said. “Mr. Rosenbaum was at the top of that list.”

Schroeder indicated he would allow evidence of bad behavior that night by the men Rittenhouse shot because it could speak to how dangerous they would have seemed to the teen. Prosecutors failed to convince the judge that the defense wanted to sully Rosenbaum’s reputation so the jury could more easily justify the shooting.

“This is an attempt to tell the jury that Mr. Rosenbaum was a bad guy who deserved to die,” Binger said. “That’s really what’s going on here, your honor.”

Binger asked Schroeder to bar a video that shows police telling Rittenhouse and other armed militia members on the streets that they appreciated their presence and tossing Rittenhouse a bottle of water. The prosecutor said the video would transform the trial into a referendum on police procedure that night when it isn’t relevant.

“This is a case about what the defendant did that night,” Binger said. “I’m concerned this will be turned into a trial about what law enforcement did or didn’t do that night.”

BREAKING: Judge rules mob members shot by Kyle Rittenhouse cannot be called “victims,” but can be referred to as as “rioters, arsonists, and looters” during his trial, which kicks off Nov 1

CHICAGO TRIBUNE: Men shot by Kyle Rittenhouse can be described as rioters and looters, judge rules

Libs seething in the responses that Kyle Rittenhouse might actually get a fair trial. https://t.co/u2cRLbfsGv