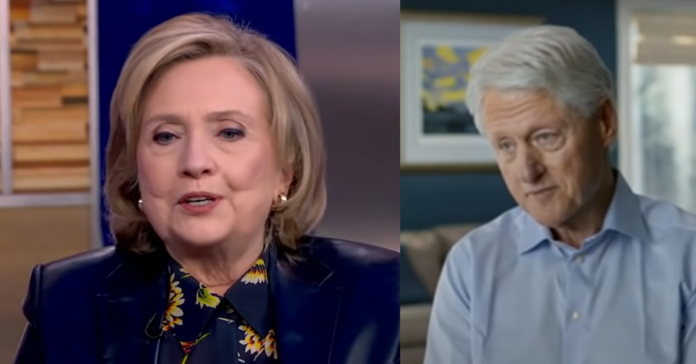 Authorities in Denver have issued a warrant for the arrest of Steve Bachar, a longtime Clinton operative who was the former co-chair of the Clinton Global Initiative. Bachar has been charged with felony theft and securities fraud.

Bachar who was on the national finance committee of Hillary Clinton’s 2016 campaign is also under investigation for mishandling millions of dollars during the pandemic regarding sales of personal protective equipment.

He is being charged with theft between $100,000 and $1 million as well as lying to an investor, according to a criminal complaint filed against him by the Denver District Attorney’s Office.

“Steven Charles Bachar, in connection with the offer, sale or purchase of a security, directly or indirectly, unlawfully, feloniously and willfully made an untrue statement of material fact or omitted to state a material fact necessary in order to make the statements made… not misleading,” the complaint reads.

“These are outrageous, unfounded and false accusations,” Bachar told the Denver Post Monday before adding, I am pleased that we are now engaged in a process that will let the facts come to light.”

But he is facing even more allegations of theft for taking money for masks and other PPE during the pandemic but not delivering the projective equipment and not refinding some or all of the money.

Bachar served as White House advance lead and in the Treasury Department under former president Bill Clinton before joining the Clinton Global Initiative.

Bachar had promised Denver-based DaVita Inc. that he would provide 4,200 cases of N95 masks in exchange for $2.4 million in April 2020, but then never provided the masks and failed to return the company’s initial payment of $604,000, according to that lawsuit, filed in October.

Another company, The Future Health Company, filed a complaint in December that said Bachar failed to pay them $1.2 million for 3 million medical gowns that Future Health sent to the state of Wisconsin.

This summer, Bachar was ordered to pay the two companies nearly $4.5 million in two default civil judgments. A spokeswoman for The Future Health Company said Monday that the company has not received any money from Bachar, despite the judgment.

Bachar was previously accused of mishandling $2 million set aside to purchase masks, gowns during the pandemic.https://t.co/XOyr2BL4iQ