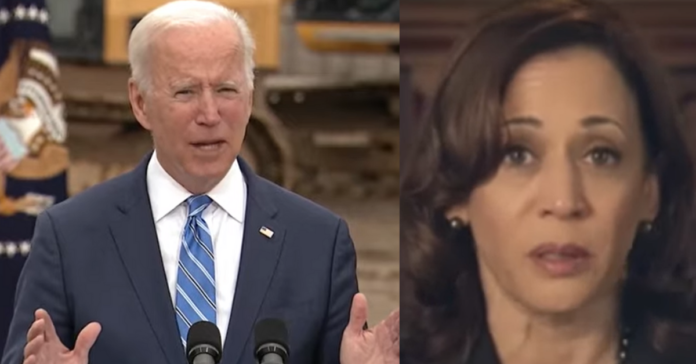 Twenty state Attorneys General on Friday filed a joint complaint with the Postal Regulatory Commission (PRC) to try to block changes made by the Biden administration. If you remember all the hysteria last year by the Dems about Trump’s Postmaster General Louis DeJoy you would be shocked to learn that he is now working for Biden.

The fact that Biden did not remove DeJoy tells you all you need to know about the fake outrage the Dems fired at Trump and DeJoy.

DeJoy is still there and now 18 blue states, the District of Columbia and North Carolina are going after the Biden administration is another example of the dysfunction of the Dem Party. The states signing the complaint are: Washington, Pennsylvania, North Carolina, New York, California, Connecticut, Delaware, Illinois, Maine, Maryland, Massachusetts, Michigan, Minnesota, Nevada, New Jersey, New Mexico, Oregon, Virginia, and Rhode Island.

“Attorney General Bob Ferguson partnered today with a coalition of states that will file a complaint with the Postal Regulatory Commission challenging drastic operational changes at the U.S. Postal Service that threaten critical mail delivery. These mirror changes Postmaster General and Trump-appointee Louis DeJoy intended to make before the 2020 election that Ferguson successfully blocked in federal court last fall.

Ferguson led a coalition of 14 states ahead of the 2020 general election to prevent the Postal Service from making drastic changes that would have slowed election-related mail. A federal judge in Yakima specifically ordered the Postal Service to perform nightly sweeps for ballots in areas where data showed unacceptably low on-time delivery rates up to the weekend before Election Day. These slowdowns were prevalent in Michigan and Wisconsin, which were also swing states in the elections.

“Millions of Americans depend on the mail every day to receive their prescriptions, pay bills, receive Social Security checks, send rent payments and more,” Ferguson said. “One political appointee does not get to decide the fate of the Postal Service. There is a process that demands accountability from the American public for a reason — and I will fight to ensure the public gets a say.”

The lawsuit brought by 20 attorneys general demands the Commission thoroughly review DeJoy’s planned massive overhaul of operations. This will allow postal customers, including people living in Washington state, to provide comments during a hearing before the commissioners.

Although DeJoy has proposed sweeping changes throughout the postal system, he has thus far only asked the Commission to review two smaller components of the massive postal reorganization. Commissioners found DeJoy used models not “grounded in reality” and that failed to show how postal customers would be satisfied with changes to service standards of first-class mail.

On March 23, the Postal Service announced a ten-year strategic plan that would transform virtually every aspect of its operations. The changes include less air and more ground transportation, which the Postal Service has acknowledged will likely slow delivery times by as many as five days. While slowing delivery times, the Postal Service also plans increasing mailing costs to a yet undisclosed amount. DeJoy also seeks to reduce overtime and hours at an unknown number of post offices, and potentially close post offices and mail sorting facilities nationwide.

Some of the changes are already underway, while others will take effect imminently — such as the changes in timing for first-class and media mail.

Postal employees in Redmond are protesting the changes because the Postal Service could close a postal center there. The workers called the move part of DeJoy’s “Great Mail Slowdown” and asserted the closure of the center would slow down mail throughout the region. The protestors also criticized DeJoy’s strategy to curtail airmail and increase trucking, and mentioned his former ties to the trucking industry.

Impacts on seniors and veterans

Postal Service cuts threaten timely mail deliveries for a range of important services, from prescriptions to utility bills. The COVID-19 pandemic has forced many Americans, especially seniors and other high-risk individuals, to rely increasingly on mail delivery services while they stay at home for their health. In general, seniors rely heavily on the mail to receive essentials like medications, Social Security benefits and even groceries.

The U.S. Department of Veteran Affairs, which provides broad health care services to veterans nationwide, fills about 80 percent of veteran prescriptions by mail. The VA processes about 120 million mail-order prescriptions per year — 470,000 a day. The Postal Service makes daily prescription deliveries to 330,000 veterans across the country.

Ferguson and his colleagues assert the overhaul of the Postal Service will slow delivery of these necessities.

In June 2020, the Postal Service implemented a series of major operational overhauls without first seeking an advisory opinion from the Commission.

In September 2020, a federal judge in Yakima blocked numerous changes it wanted to conduct ahead of the general election. The judge’s decision followed an August 2020 lawsuit that Ferguson led, and 14 other states partnered with, to stop the Postal Service from eliminating or reducing staff overtime, halting outgoing mail processing at state distribution centers and removing critical mail sorting equipment.

The complaint filed includes a report from the Postal Service’s Office of the Inspector General that found that the 2020 operational changes “resulted in a significant drop in the quality and timeliness of mail delivery,” and were “implemented without completing a study or analysis of the impact of the changes on mail service.”

This is the seventh lawsuit Attorney General Ferguson filed against the federal government since February 2021. Last month he filed four lawsuits against four federal agencies in the Biden administration over its failure to timely produce records related to the attempt to unlawfully close the National Archives Building in Seattle that serves the Pacific Northwest. He also partnered with other attorneys general on two environmental cases against the National Highway Traffic Safety Administration and U.S. Energy Department,” the statement said.

Schiff warns the Jan. 6 select committee is preparing to urge prosecution of anyone who ignores subpoenas