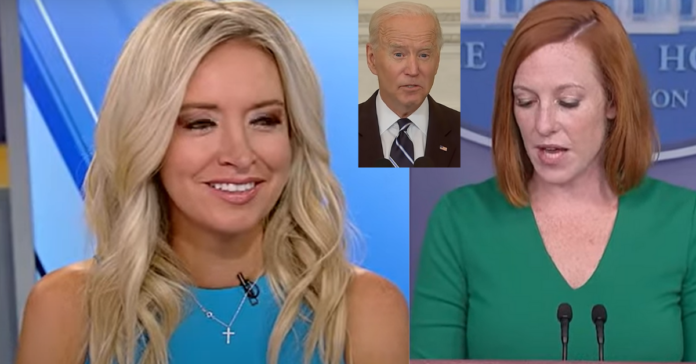 She said: “An adept press shop would say, let’s move on to this issue. Let’s change the talking points. Let’s not pull us back by making those really wrongheaded comments at Shanksville as President Biden did.

“This has just been so wrong. Miranda talked about the history of bad decision-making on Biden. We’ve seen this.

“Well, in reality, we have a group of naive neophytes running the country.

“Yes, they’ve been in government for decades, but their decision-making just confounds you. “Look at just the example of the Bergdahl deal, for instance.

“Blinken, the secretary of state, said we’ve mitigated the threat from these terrorists that we’re handing overseas.

“We haven’t mitigated it.

“Leading just one last point, the former CIA director for Obama to say you have inspired jihadists around the world.

“This is Obama’s CIA director who’s saying this on the Sunday shows, it’s amazing,” she said.

Rylee McCollum is one of the fallen heroes in Afghanistan & yesterday his baby was born!

“Welcome to the world my sweet baby. I love you with my whole heart,” Jiennah Crayton, Rylee’s wife wrote. ❤️🙏🏻https://t.co/Pm6jr1aVtS

Dr. Fauci says requiring vaccination for travel is being discussed