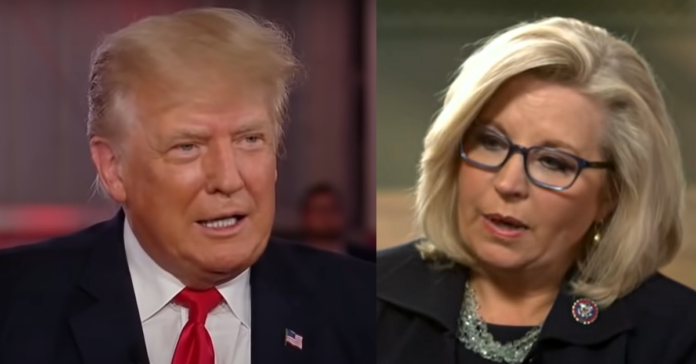 Former President Donald Trump just made his move against Liz Cheney and finally made his critical endorsement in a crowded primary field. Of all the GOP reps Trump is trying to primary, Liz Cheney is the one he wants to beta most.

“Harriet is a fourth-generation daughter of Wyoming, a very successful attorney, and has the support and respect of a truly great U.S. Senator, Wyoming’s own Cynthia Lummis.

“Harriet Hageman adores the Great State of Wyoming, is strong on Crime and Borders, powerfully supports the Second Amendment, loves our Military and our Vets, and will fight for Election Integrity and Energy Independence (which Biden has already given up).

“Unlike RINO Liz Cheney, Harriet is all in for America First.

“Harriet has my Complete and Total Endorsement in replacing the Democrats number one provider of sound bites, Liz Cheney. Make America Great Again!”

Liz Cheney responded: “Here’s a sound bite for you: Bring it.”

Hageman will officially enter a crowded Republican field Thursday afternoon with an announcement speech in Cheyenne, according to a statement from her campaign.

Her previous electoral experience is a failed bid for the GOP nomination for Wyoming governor in 2018. Hageman also advised Cheney in her short-lived Senate race in 2013.

“Like many Wyomingites, I supported Liz Cheney when she ran for Congress,” Hageman said in her statement Thursday. “But then she betrayed Wyoming, she betrayed this country, and she betrayed me.”

Here’s a sound bite for you: Bring it. pic.twitter.com/VmET1JUs12

“I’m not scared of your American Laws”...Migrant Family Tries to Murder, Kidnap Pregnant Daughter for Dating a Non-Muslim