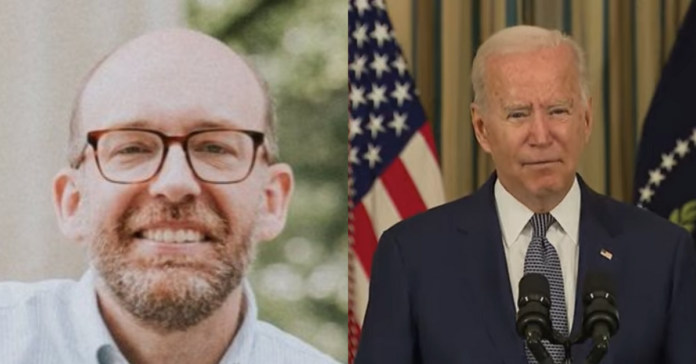 President Donald Trump appointed his ally and former budget chief to a position on the Naval Academy’s Board of Visitors towards the end of his term. This is not unusual as many prescient’s do this as a way to reward loyal aides and key allies.

But Biden wants Russell Vought, the former Office of Management and Budget (OMB) director, to resign and has given him until the end of the day to do so. The Biden administration sent a letter  to Vought that said:

“On behalf of President Biden I am writing to request your resignation…should we not receive your resignation, your position with the Board will be terminated, effective 6:00 p.m. tonight.”

Vought responded by telling Biden and his team to go pound sand.  He said: “No. It’s a three year term.”

Trump in December 2020, weeks before he was set to leave office, appointed a number of political allies to the boards of military service academies after removing long-standing experts.

Defense Secretary Lloyd Austin in early February moved to oust the numerous Trump appointees by suspending the Pentagon’s 42 boards and commissions until a “zero-based review” was completed.

JUST IN: Russell Vought, the former Office of Management and Budget, replied to the letter asking for his resignation saying, “No. It’s a three year term.” https://t.co/ANov2K1kXa

That’s “More than my yearly salary!"