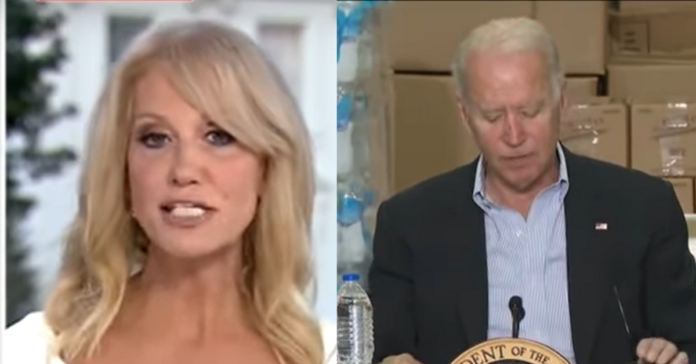 “And so yes, that was an ask that was made. I will let others evaluate whether they think Kellyanne Conway and Sean Spicer and others were qualified, or not political, to serve on these boards.

“But the President’s qualification requirements are not your party registration, they are whether you’re qualified to serve and whether you’re aligned with the values of this administration.”

Kellyanne Conway fired back with a statement where she listed the chaos of Biden’s short tenure and contrasted it to Trump’s accomplishments before ending with the dagger:

“I am not resigning, but you should.”

Wynne said, “it was an honor to be on the board,” and that he was disappointed with Biden’s move.

“Very disappointed to see the Biden administration not honor a previous president’s appointment to the board of visitors, which has been the tradition for years,” Keane said.

“Frankly, I find this whole act unconscionable and not all in the spirit by which this Administration promised to govern.

“President Biden ran on a supposed platform of unity but his actions speak directly to the contrary. “Apparently, unity is only for those who conform.

“They were not terminated but instead served alongside Trump appointees.

“This mix of perspective, experience, and belief systems ensured there was diversity – a value the Democratic party purports to hold above all else.”

President Biden, I’m not resigning, but you should. pic.twitter.com/HuRYM4bLYP

“I will let others evaluate whether they think Kellyanne Conway and Sean Spicer and others were qualified or not political to serve on these boards” — Jen Psaki pic.twitter.com/aBJ0Mz1Jyj