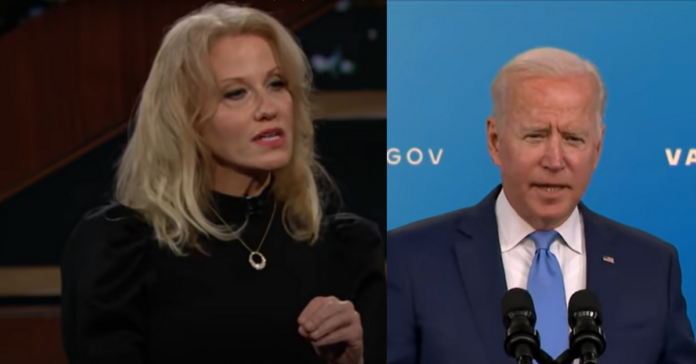 President Joe Biden’s administration has told 11 people appointed to military service academy advisory boards by former President Donald Trump to resign or be dismissed. The list of Trump appointees purged by Joe Biden and his team includes some prominent names many of whom were critical of Trump.

McMaster famously clashed with Trump in private and in public while Kellyanne is a well-respected pollster who is the only female to manage a winning presidential campaign. She also told Trump he lost and to not contest the election results and refused to help him do so. Believe me, if they were appointed by anyone else besides Trump they would not be asked to resign.

The three were appointed to the advisory boards of the Naval Academy, Air Force Academy, and West Point respectively.

Other Trump appointees asked to resign include Michael Wynne, who was appointed to the board of the Air Force Academy.

Retired Gen. John Keane, Meaghan Mobbs and David Urban were appointed to the board of West Point along with Conway.

John Coale and Russell Vought, Trump’s former director of the Office of Management and Budget, were asked to resign from the Naval Academy’s board.

Wynne said, “it was an honor to be on the board,” and that he was disappointed with Biden’s move.

“Very disappointed to see the Biden administration not honor a previous president’s appointment to the board of visitors, which has been the tradition for years,” Keane said.

“Frankly, I find this whole act unconscionable and not all in the spirit by which this Administration promised to govern.

“President Biden ran on a supposed platform of unity but his actions speak directly to the contrary. “Apparently, unity is only for those who conform.

“They were not terminated but instead served alongside Trump appointees.

“This mix of perspective, experience, and belief systems ensured there was diversity – a value the Democratic party purports to hold above all else.”

“I will let others evaluate whether they think Kellyanne Conway and Sean Spicer and others were qualified or not political to serve on these boards” — Jen Psaki pic.twitter.com/aBJ0Mz1Jyj

"The Taliban are NOT Permitting Charter Flights to Depart"...Did Biden Secretary of State Just Admit Americans are Being Held Hostage in Afghanistan? [Video]

Veterans Fume: Obama’s Prisoners Swap For Deserter Now Lead Taliban Government, ‘Every Time I Think It Can’t Get Worse It Does’